Sometimes when you want people to take action it can be harder than you expect. Listen to hear how a Yale University experiment exposed why small details are so important. 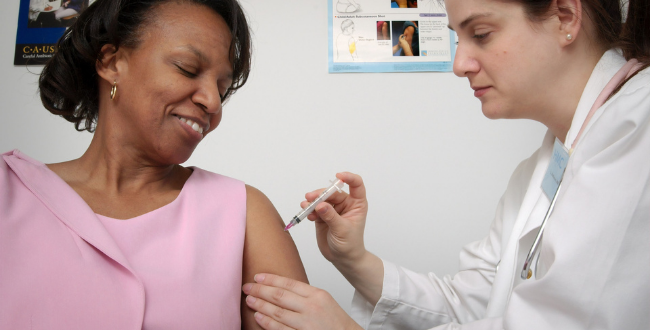 In this week’s episode of Anecdotally Speaking, Mark shares the story of Howard Leventhal, a Yale University social psychologist, who used behaviour change techniques to encourage senior students to get their tetanus vaccinations.

And a reminder that we are hosting a number of public workshops at the end of October for our virtual Storytelling for Leaders and Story-Powered Sales programs. If you are interested in attending, click here to find out more. We are looking forward to seeing some of you there!

In the 1960s, Howard Leventhal, a social psychologist at Yale University, undertook an experiment to see if he could change students’ behaviours.

At the time, the University Health Centre was supplying free tetanus vaccinations. Leventhal wondered how he could influence senior students to get the vaccination.

The students filled in a questionnaire after reading the booklet. They all had a good understanding of what tetanus is, but the real test was whether they would get vaccinated.

After one month, only 3% of participating students were vaccinated.

Leventhal wondered if he had done something incorrectly, so he had the experiment validated by other academics. They confirmed nothing was wrong with the experiment.

Leventhal wanted to try it again. He used the same booklets but made one slight change. Both booklets had an additional page added with a map of the campus and a circle around the health centre. Also clearly marked were the times that the centre was open for vaccinations.

A month later, 28% of participating students had received their tetanus vaccination—an eight-fold increase.

Leventhal was looking to see whether fear influenced behaviour change. Ultimately, he found that it didn’t make a difference—the number of participants who had received vaccinations were split 50/50 between the high-fear and low-fear booklets.