Listen to hear how you should never make assumptions, even about Van Halen’s obsession over brown m&m’s. 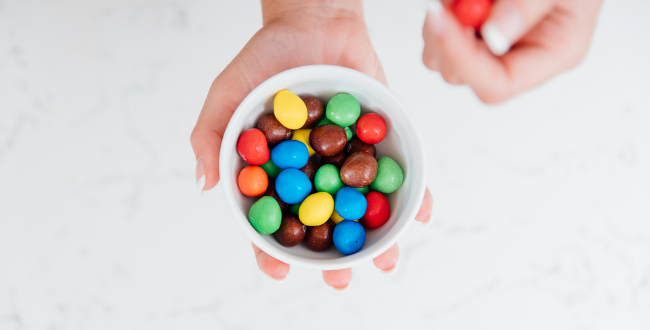 In this week’s episode of Anecdotally Speaking, Shawn shares a story about American rock band Van Halen. Shawn first shared this story in his book, Putting Stories to Work. If you would like to read the book, click here.

Our virtual Storytelling for Leaders and Story-Powered Sales programs kick off next week! If you are interested in attending, click here for more information. We still have a few tickets available!

Back in the 1980s, Van Halen was the biggest band around. They were the epitome of a traditional American rock’n’roll band.

Each time they rolled into a new city for a performance, they bought with them nine 18-wheeler trucks filled with their stage and production. It was estimated the stage weighed the same as a Boeing 747.

It wasn’t just a big stage, but also a complex stage. It had lots of moving parts and things that could go wrong.

Van Halen asked for a lot of things, like many bands do, on their rider. They asked for a bowl of m&m’s with one specific proviso—there must not be any brown m&m’s.

When Van Halen would arrive at the venue for their rehearsals, they would go straight to the bowl of m&m’s and check whether there were any brown ones. If they saw a rogue brown m&m, they would immediately request a full review of the stage set-up, checking all the safety perimeters.

They figured that if the venue organisers didn’t follow their request for no brown m&m’s, they weren’t detail people. They may have missed something else.