We all know the saying, ‘the best thing since sliced bread,’ but who invented the bread-slicing machine? Listen to hear Otto Rohwedder’s surprising journey in selling his first bread slicer. 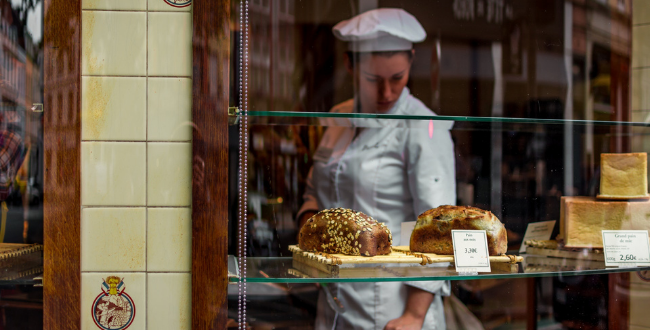 In this week’s episode of Anecdotally Speaking, Mark shares a story he has been utilising in a business sense for a while now. Otto Rohwedder, an American inventor, created the first commercial bread slicer in 1917, but it took him some time to sell his first.

We have some exciting news! A new multi-episode series of Anecdotally Speaking will begin on November 3. Keep your eyes and ears peeled to find out what we will be unpacking!

In 1912, Otto Rohwedder, the son of a German immigrant living in mid-west America, thought sliced bread was a good idea. He was 32 years old at the time.

It took five years, but he created the working prototype of a commercial-grade bread-slicing machine.

Everyone thought the machine would take off, but it didn’t. It was another ten years before Otto sold his first one.

Once it began selling, his business went crazy. All bakeries wanted the machine.

The Chillicothe Baking Company was the first to purchase and use it. Otto’s son has said that the company was struggling at the time. With their new purchase, their sales increased by 2000% within a couple of months.

After 15 years, it was finally a huge commercial success.