Is MSG bad for you? Listen to hear how a letter to the editor drastically changed our perception of MSG in Chinese food. 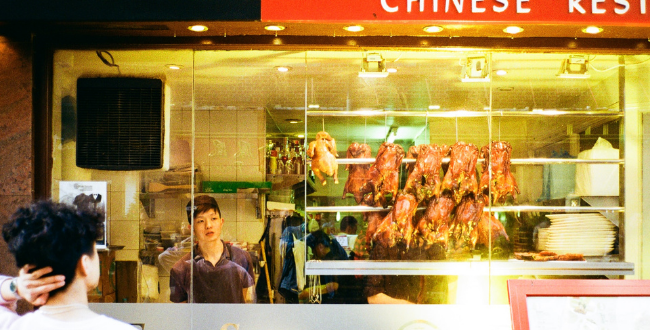 In this week’s episode of Anecdotally Speaking, Shawn shares a story he first heard on the renowned This American Life podcast (Episode 668: The Long Fuse). The story details how a letter to the editor took on a life of its own and created a storm of incorrect information that people still swear by to this day. Shawn writes about this story in this blog post.

We’ve just released a new paper titled Corporate Storytelling—The Essential Guide. It explores the use of corporate storytelling within fourteen different business contexts. You can find it here: www.anecdote.com/corporate-storytelling. To celebrate, we’re also releasing a special multi-episode series of Anecdotally Speaking. Each week from next week, Shawn and Mark will be joined by an Anecdote partner, friend or client, or an expert to discuss a topic covered in the paper! We can’t wait to get started!

In 1968, a researcher, Dr. Robert Holman Kwok, was working at the National Biological Resources Foundation. He wrote a letter to the New England Journal of Medicine and recounted several experiences he had after eating at Chinese restaurants.

A man of Chinese heritage, he thought he could pinpoint that it was Northern Chinese food that was particularly problematic. He explained in his letter that, after each meal, he would get numbness down the back of his neck and arms and experienced general weakness and palpitations.

He listed things he thought could have contributed to his illness, like soy sauce, but explained that he used it at home without issue. He considered the cooking wine or the high salt content and, finally, wondered if it was the MSG seasoning.

The letter to the editor was titled Chinese Restaurants Syndrome. It didn’t take long for newspapers around the world to pick up the story. Media outlets reported that a researcher had discovered that MSG was the cause of this ‘Chinese restaurant syndrome’. The story took on a life of its own.

In the 1970s and 80s, Chinese restaurants put signs up near their doors stating, “MSG is not used here.” Warning signs like this were necessary as people were in fear.

To this day, there is a common thought that MSG causes illness after eating Chinese food. This claim was not based on research; it was just a letter to the editor. Dr. Kwok didn’t have the resources to research the matter himself. He had hoped the letter would inspire some of his colleagues to begin research.

They did start researching but on animals. They were given a lot of MSG, and they had reactions, but these studies didn’t show how it would affect humans.

When they started human trials, study after study proved that there was no correlation or causation between MSG and feeling ill after eating Chinese food.