How to encourage your people to get vaccinated

As the world gets vaccinated against COVID-19, there will be a significant and potentially growing proportion of people who will be reluctant to get the jab. A partially vaccinated workforce poses risks for businesses because each outbreak threatens their people’s lives and will disrupt work, costing millions and threatening jobs.

Merely telling your people to get vaccinated is unlikely to be effective. Adults hate being told what to do. And just laying out the facts only has a slight chance of working because the decision to get vaccinated is wrapped in complex emotions and a person’s equally complex identity.

I would like to lay out a story-powered approach to encouraging your people to get vaccinated. It will require a few posts. I’ve focussed this first on correcting misinformation.

Stories are fundamental to vaccination decisions because people are informed by rumours which are mostly stories. And one thing we know for certain, you can’t beat a story with just the facts; you have to tell a better story.

Imagine a rumour is going around your organisation that the vaccine will render you infertile. You hear about a young woman from Manchester, UK, who was in the first round of COVID-19 vaccinations and no longer can have children. Now, your first reaction might be to correct this misinformation by quoting an authoritative source. The British Medical Journal says, “There is absolutely no evidence, and no theoretical reason, that any of the vaccines can affect the fertility of women or men.”1

Unfortunately, this approach is likely to get the reluctant vaccinators to dig in their heels and increase the Manchester story’s import.

You might be thinking, “Why would that happen?” Well, it turns out that humans love coherent, whole, and consistent packages of information, and a story delivers just that. If you slice a segment from the anecdote to remove misinformation, it leaves it incoherent and incomplete. We can’t abide by an incoherent story, so we fill it back up with the original, misinformed content.

To date, researchers have only found three things that increase the effectiveness of a retraction: 1) warn the audience as the misinformation is shared (Twitter did this with Donald Trump’s tweets); 2) repeat the retraction; and 3) tell an alternative story that fills the coherence gap otherwise left by the retraction.2 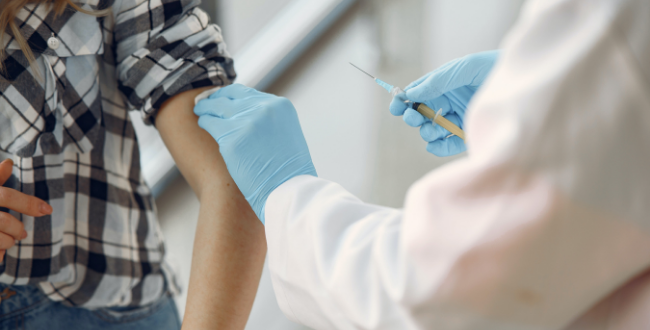 We call misinformation an anti-story. And to reshape an anti-story, you have to tell a better story. The better story for our Manchester example might be something like this. The young woman from Manchester was 27, and after having difficulties falling pregnant, she had further tests that showed she had polycystic ovary syndrome. She’s being treated, and she expects her fertility to return soon.

Of course, you can’t make up the story. Instead, it would help if you hunted down stories that reshape the narrative. And don’t just rely on having a single story. Gather a bunch of stories for each anti-story you encounter.

How you deliver your antidote stories is important too. We once saw a leader email a story to all his people, saying this is what everyone should be telling. His people thought it was ridiculous. Antidote stories should be shared orally and informally, preferably in small groups. Your people will retell the story each time the anti-story is mentioned and spread it across the business.

I’ve heard people say, “You should never mention the myth when correction misinformation for fear of reinforcing the mistruth.” It turns out the opposite is true. When correcting misinformation, it is more effective to acknowledge the mistruth’s existence and then tell the antidote story.3 So, regarding the Manchester woman story, you might say:

You might have heard that there was a woman in Manchester who had the vaccine and then discovered she was infertile. Well, it turns out that she got a bunch of tests that showed she had polycystic ovary syndrome. She is being treated for it and expects her fertility to return soon.

Now, remember, one antidote story is usually not enough. And vaccination rumours and misinformation are often reflections of other factors creating distrust and fear that have fallen on fertile ground. Any organisation is a complex ecosystem, and as such, single-point solutions won’t cut it on their own. In my next post on this topic, I will show you some other narrative strategies to encourage people to get vaccinated.