Posted by  Anecdote International —May 19, 2020
Filed in Anecdotes, Insight, Podcast

Do you put 100% effort into everything you do? Is it making a difference to your performance? Listen to hear how a type-A personality took a step back to evaluate his life, and how his learnings can inform how leaders measure hard work. 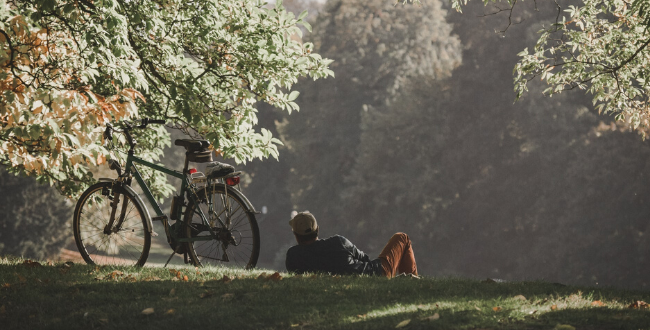 After having to adapt quickly when COVID-19 hit, Mark and Shawn share how they have adapted their training programs for virtual delivery, and how they are already seeing the programs being well-received with highly engaged participants.

Mark shares a story he heard on The Tim Ferriss Show whilst doing research for another podcast interview. The story gives insight into how one simple mindset change can influence how you move forward in work and life. If you haven’t yet listened to The Tim Ferriss Show podcast, the guys highly recommend it!

Shawn hosted a free Response Story webinar on the 27th of May. You can still access the recording if you click here.

On an episode of The Tim Ferriss Show, host Tim Ferriss was joined by Derek Sivers, a self-confessed type-A personality.

Derek was living in Santa Monica and he wanted to get fit, so a friend got him into cycling. Being a type-A personality, he quickly got the bike and worked out a 25km circuit straight away.

Everyday Derek rode that 25km circuit, and each day it was flat-out, with every push of the legs at full bore. When he would return home, he would always be exhausted and sometimes in pain. He would do the ride in 43 minutes.

After a while, he realised that he associated the bike riding with pain and suffering, and he knew by having these negative associations that he wouldn’t be riding his bike much anymore.

The next morning, he forced himself to go on a bike ride, and he said, “Today, I am going to go like a snail, and take it easy.”

He went off, at half pace, and he started noticing all these buildings he had never seen before, as well as the birds, the grass, and the trees. He also noticed dolphins surfing the waves at the beach.

At his turning point, at Marina del Rey, there was a big pelican sitting on a post and, as he went around the corner, the pelican flapped in the air above him.

He arrived home, feeling refreshed, and like it had been an enjoyable experience.

He checked his watch. It read 45 minutes.

He checked his watch again and again. He could not believe that it was only 2 minutes longer.

Derek realised that was how he had been running his type-A life, always going flat out even though he was only increasing his performance marginally.

He swiftly made changes in his life and work, as it he believed it definitely was not worth living his life that way.