What is your Response Story?

We ran a free webinar on Response Stories on the 27th of May. To access the recording, click here.

On November 19, 1863, US President Abraham Lincoln took the stage for the dedication of the Soldiers’ National Cemetery in Gettysburg, Pennsylvania. Four and a half months earlier, the bloodiest battle of the Civil War had taken place there. The country was at a crossroads—was this struggle worth the cost and effort? Lincoln used the occasion to reinforce the resolve of the Union and to remind them of their purpose. His 271 word, two-minute address—the Gettysburg Address—is one of the greatest and most influential speeches in American history.

It was Lincoln’s Response Story. 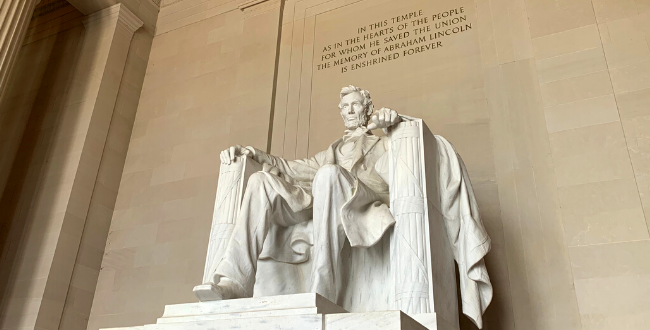 Today, most of us find ourselves in uncharted territory, working from home, figuring out strategies and directions for our companies, our teams, and ourselves. Businesses, communities, and entire societies are scrambling to respond.

For many, the strategies that took years to develop and implement have been rendered irrelevant. Most of us need to change… And we need to change quickly.

It’s at times like these that our leadership skills are most important. Our ability to assess a dynamic situation and make strategic choices to respond to what’s happening is vital.

Our ability to communicate those choices is also vital.

No matter what you’ve decided to do in response to COVID-19, the key step will be communicating your decisions clearly and influentially.

You need to find and craft your Response Story. 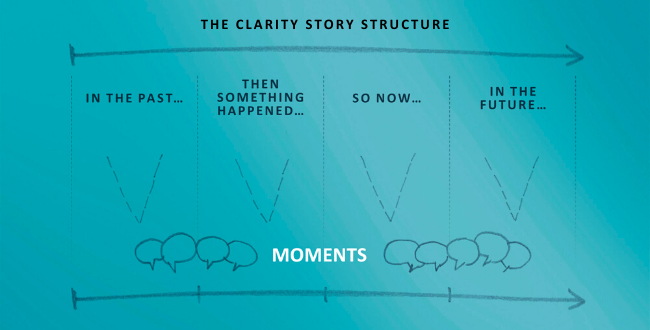 In the past: This is a brief and honest account of what the situation was in the past. It’s the back story that provides the foundation for the story.

Turning points: What has happened that creates the challenge or opportunity that you need to respond to. In the current situation, the obvious turning point is COVID-19 and the changes and impacts it has wrought.

So now: This part of the story describes the decisions and choices you have made in response to the challenge (or, for a lucky few, the opportunity) you are facing.

In the future: This part paints the picture of what will happen if your response decisions are the right ones and are effectively implemented.

We normally call this story structure the Clarity Story pattern.

In most situations, there will be two versions of your Response Story. First, an internal version that communicates to your staff what is happening, why it’s happening, and what it means for both them and the company.

A 2009 Gallup study of over 10,000 employees found that they have four primary needs from their leaders: trust, compassion, stability, and hope. Further, employees who strongly agree their leader makes them feel enthusiastic about the future are 69 times more likely to be engaged compared to those who disagree.

So, a key feature of your internal Response Story is giving your staff a sense of hope in the future.

Here’s an example. On 21 April 2020, Virgin Australia went into voluntary administration. This placed the livelihoods of about 10,000 staff in jeopardy and caused incredible uncertainty for everyone involved. That same day, Richard Branson posted a video on his LinkedIn page talking directly to Virgin Australia staff. The 73-second video followed the Response Story structure outlined above and provided a sense of hope for the future.

You can watch the video here.

There will also be an external version of your Response Story that communicates to the external world (your stakeholders, shareholders, clients, and market) what you have decided to do and what you hope to achieve.

Lincoln’s Gettysburg address is arguably the most famous example of an external response story. The address was aimed at the entire nation. Let’s unpack it against the Response Story framework. 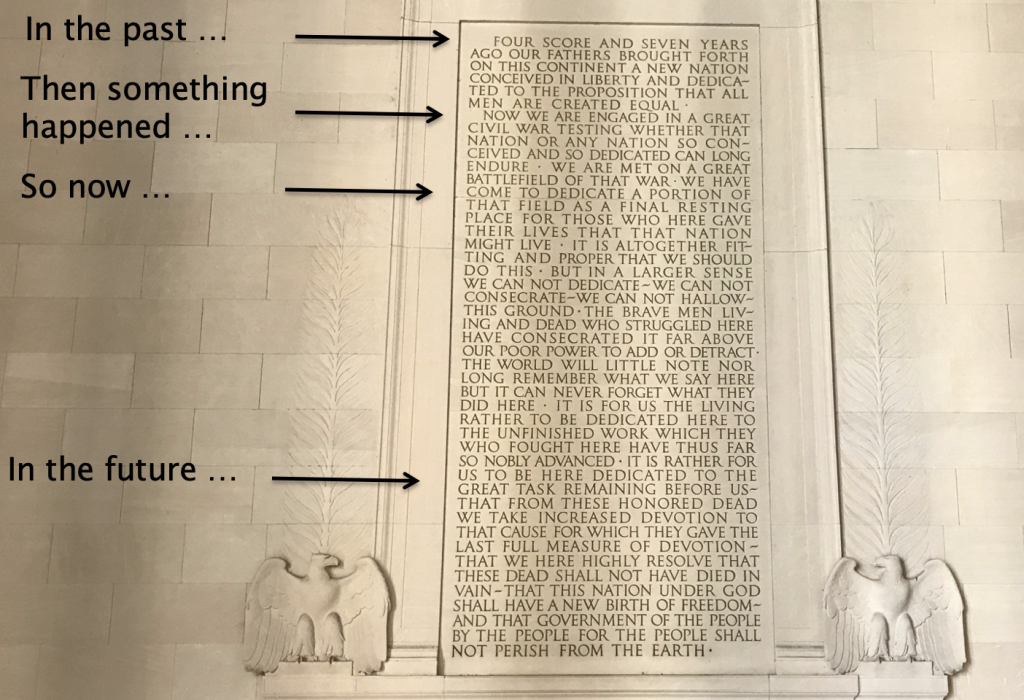 When crafting your Response Story, it’s worth remembering that people often respond emotionally, not rationally, to things like the COVID-19 crisis. Early in the crisis, I went to the local supermarket. The shelves were stocked high with Panadol and many other sorts of fever-reducing medications, but the toilet paper aisles were empty. A few days later, a man was tasered by police after assaulting staff and customers in a supermarket in a dispute over toilet paper.

The implication we need to recognise is that rational explanations can’t overcome emotional beliefs.

The same thing happens in business. When we communicate our response to the COVID-19 situation, we are dealing with an emotionally-charged topic. Story is a perfect tool to use in this situation because it uses three core components—facts, context, and emotion—that combine to be much more engaging, impactful, and influential.

Story is an ideal channel in a crisis.

One final thought—when crafting your Response Story, use plain language. This is not the time for magnificent prose. Put away the ‘smart talk’ and focus on the ‘straight talk’.