Why telling stories will get your idea across

There aren’t many certainties in professional life, but one is that when it comes to persuading someone, making an assertion or giving an opinion runs a far second to telling stories. 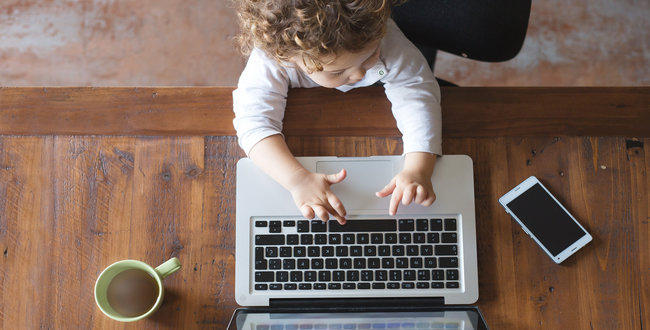 Let’s say you want to alert someone to a problem in your organisation, and perhaps get their help in addressing the issue. There are many ways to do this – some more effective than others.

One very effective way is to relate a compelling story about the hassles you’re dealing with. A story can provide insights that make both the problem and the context in which it’s happening crystal-clear. In other words, telling a story about a problem helps to make that problem real.

The risks of simply sharing a point of view

By simply offering your point of view, on the other hand, you run the risk of sounding reactionary – or worse, like you’re only making a big deal about something because you don’t like it. Either way, this will only minimise the importance of the issue in the ears of the listener. Opinions and assertions fail to give a listener the deeper understanding they need to empathise with you, and most importantly, to get on board with what you want to do. You only get this with a story.

I once heard an IT guy say the following about the university he worked for:

The most frustrating thing is that management tells us, “You must follow this process. You have to follow that process. You must, you should, you will …” But then as soon as a senior manager says, “I want this to happen” or “Do this for me”, we get told to just make it happen. Management constantly impresses on us that we have to follow procedure, but then they don’t follow it themselves.

This is clearly not a story. It’s more like a sketch of an experience, the detail of which stays a mystery. I’ve shared this snippet with hundreds of people in workshops. When I ask them what they infer about the IT guy’s character, they invariably say that he’s ‘a whinger’, that he ‘just likes to complain’. By implication, this person is seen as someone who doesn’t really take their work seriously, and who is probably hard to work with.

His assertion detracts from his credibility.

How could telling stories change this situation?

Now ask yourself this: if the IT guy had said the above to a colleague, hoping for help in resolving his issue, how do you think he’d have fared? Not very well, I daresay.

Now let’s look at what might happen if the IT guy told the story behind his complaint, instead of just complaining. When I heard the IT guy’s complaint, I suspected there was something worth understanding, so I asked him ‘what happened’. It took some time, but he eventually told me what had happened:

A while back there were some budget cuts and management made the decision that we would only support PC users from then on, not Mac users. But I was the Mac guy at the uni and I knew a lot of lecturers and students used Macs. What would happen to them?

So as much as I could, I kept supporting them, though not officially. When my annual performance review came around, my manager got stuck into me for continuing to support Mac users: “How dare you defy my instructions!” I got a really bad review, and no bonus.

A few weeks later, the vice-chancellor came into my office carrying a brand-new MacBook Air, still in its box. When he asked me to connect it to the network, I explained that I couldn’t, that management had decided we’d only support PCs. He got angry with me and stormed out of my office. Ten minutes later my phone rang. It was my manager: “For goodness sake man, use your common sense. That was the VC. Get his Mac connected to the network”. I spent the next two days trying to re-create our Mac protocols. None of my other customers got much support during those two days. As for my manager, what a hypocrite!

This story gives the listener the full context of the man’s complaint. Crucially, it also provides an understanding of exactly what the problem was, and how it affected his work.

What do you think of the IT guy’s character now, having heard this story? Everyone I’ve told the story to points out the man’s integrity, how they respect the seriousness with which he treats his job.

There’s empathy there too.

If the IT guy had told this story to a colleague, it would’ve made clear the problem at hand, that it was a very real organisational issue instead of a perceived slight or a personal irritation. And it would’ve made it much more likely that support in addressing the issue was forthcoming.

That’s the influence of a good story.

Comments Off on Why telling stories will get your idea across