Why good storytellers are more attractive

It seems as though we might not have been kidding ourselves all these years. According to a pair of American researchers, good storytellers really are more attractive.

Last month, John Donahue, from the University of North Carolina, and Melanie Green, from the University at Buffalo, published the results of a study they conducted into the effect of a person’s storytelling ability on their perceived attractiveness – both as a short-term partner and a long-term one. They were keen to test a notion they’d come across in previous research: that there seemed to be a relationship between the way in which a person communicated and their attractiveness to others. 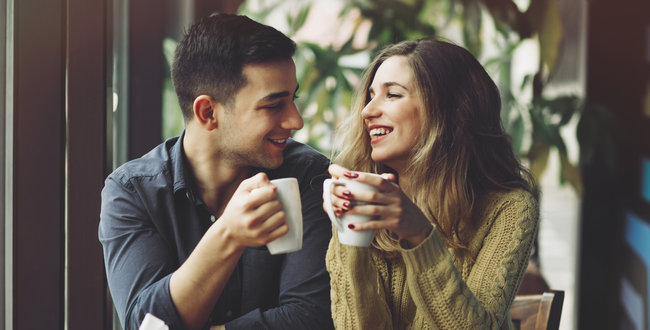 Other studies had looked at a broad range of communication behaviour, including non-verbal cues and empathy. Donahue and Green, however, were most interested in storytelling. Acknowledging the well-documented power of stories to influence and inspire, and the fundamental role that stories play in human interaction, they wanted to find out if there was a link between good storytellers and attractiveness as a romantic partner.

The researchers carried out a series of studies. In the first, 155 participants rated an individual’s attractiveness based on a photo of that person and some biographical details, including comments on their storytelling ability. The second study built on the first, with 92 participants shown sample stories – both well told and poorly told – that had allegedly been told by the individuals they were assessing. It should be said that in both cases, the notion of ‘attractiveness’ was limited to the heterosexual realm, with males and females only being asked to critique those of the opposite sex.

At this point, it would’ve been far too easy to resort to stereotypes to explain the results, such as that men are only interested in how women look, not in how they express themselves. Thankfully, Donahue and Green continued down the scientific path. After conducting a third study that delved deeper into women’s rationale for prizing storytelling ability in prospective partners, the researchers came to the conclusion that women prefer good storytellers over bad ones because the former are seen to have (or thought to be capable of) greater status.

The ability to gain a position of authority, to influence other people, and to gain resources, though not necessarily financial ones: all relate to high social status, which women appear to value when it comes to personal attraction – at least according to the Donahue and Green experiment, and a number of other studies. And all are contexts in which compelling storytelling is seen to provide great advantages.

In fact, it seems that men may already be on-board with this theory. Other studies have found that when in conversation with a male, a female is more likely than another man to be treated to a story …

Donahue and Green wrap it all up much less crudely: ‘These theories are all consistent with the idea that individuals who were able to create compelling narratives would gain higher positions in society’. The ability ‘to shape the way that individuals think about themselves and the world’, they add, ‘could lead to respect from others’.