101 – Transmitting without a receiver

Are you receiving the messages that could help you avert disaster? Listen to hear Mark share a story that illustrates the importance of listening. 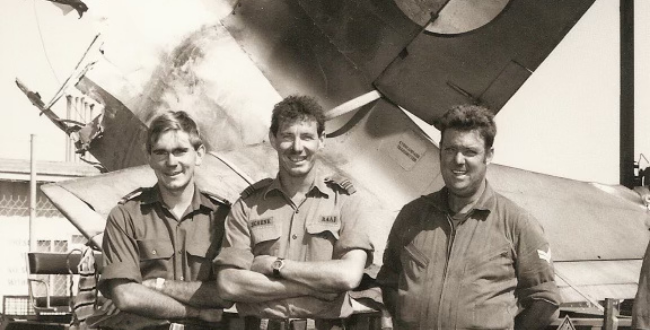 Welcome back to another episode of Anecdotally Speaking! This week, Mark shares a story from his time in the airforce.

The story describes how a design fault caused a Macchi jet trainer to crash at the RAAF Base Pearce. Mark often uses the story to encourage others to ‘stop transmitting and start listening’.

The above image was taken on the day of the crash, and that’s Mark in the centre!

In April 1988, Mark was in Western Australia working in the airforce. One day, a Macchi jet trainer crashed shortly before it was due to land at the RAAF Base Pearce. The pilot had safely ejected, but the aircraft was destroyed.

Mark took a team out to recover the aircraft and soon found himself talking to the crash investigator. He described a design fault that had caused the accident.

He had his finger on the transmit button. So, the base’s air controllers could hear his panicked exclaims. They yelled through the radio, “Get your finger off the transmit button!” But, because he was transmitting, he couldn’t hear them.

The design fault had kicked in, and he ejected. The aircraft was lost.