Untapped power of your employees—story listening

This blog post was originally published by Human Resources Director (HRD) as an article by Anecdote’s Founder, Shawn Callahan. You’ll find it here. 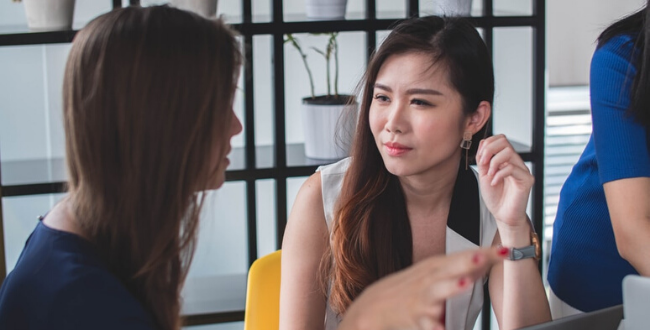 Worldwide employee engagement levels are low. Just 15% according to Gallup. And while annual engagement reports may tell you what you already suspect, they often don’t come with insights which can turn the stats around. I believe that the knowledge to reverse this trend already lies within your organisation.

Most HRDs will be familiar with storytelling, however, it’s the lesser-known story-listening which can unlock the biggest benefit. The approach can help get to the bottom of complex issues, where there may be no single correct answer.

For the process to work well, gather groups from four to twelve of your people. It can be relatively quick and low cost to run, depending on the sample size you’re looking for. The results can often give HRDs insights into what is happening across areas of health, safety, employee/client satisfaction, diversity/inclusion, and internal processes.

As an example, we ran a session assessing training needs across one government department. Another group was engaged to do a straight survey. Both studies were done face-to-face and after a week we compared notes. The survey team reported high levels of satisfaction and minimal training required. Through Anecdote Circles, we had found many contrasting stories. There were people dangerously overloading trucks because they were limited to one trip a day. Foot protection had been allocated to one team after an accident had taken place; the same team also claimed eyewear was needed to prevent another accident yet, without a precedent, it had not been approved. There was even an example of recycled water tank being broken and recruits having to shower in their own urine. All of which never came back through the surveys the other team had done.

The dynamic of sitting around a table helps with the flow of a conversation. After one person starts, many others will add their own examples. For some circles I’ve seen one-upmanship lead to increasingly revealing stories about what is really happening within an organisation.

In structured interviews, you’re more likely to see people sit up straight. There can be a feeling that people want to make their superiors look good. It’s difficult to gain any actionable insights in that setting.

Collecting those stories is one part, but it’s then translating that into change which is a little harder. We’ve seen that sometimes, a simple act can have an enormous impact on your business.

A few years back, a global pharmaceutical company wanted to develop a leadership program to increase employee engagement. Our approach was to collect examples of good and bad leadership behaviour. Out of the 100 stories collected, there was one which employees of the workshops consistently voted as the most significant in terms of engagement. It involved a woman who, whenever she passed her manager’s office and wanted a word, he would stop what he was doing behind his computer and come and sit in the middle of the room and focus solely on her. At first, it may seem unimpressive, it was one of the most uninspiring stories in terms of content. But its impact resonated with the employees. This act of undivided attention left the woman feeling empowered and like her opinions mattered.

The right role models are contagious

The next year, the HR director wanted more examples, and so we collected more stories from employees. And this time, we kept finding examples of managers giving their undivided attention to their employees. Behavior had changed.

Those who had been in our first year of workshops had taken in the story and modified their way of interacting with others in the workplace. The impact was huge due to the people in these workshops becoming models for the behaviour change.

The workshop attendees had found and voted on a story that illustrated what they wanted the future to look like. Sometimes the answers for how a business can move forward lie within the knowledge of its own employees. And it’s up to the leadership team to extract these nuggets of wisdom. And this goes beyond the annual employee engagement survey.

I’ll leave you with one more example. This one comes from a global technology company that was having issues with staff morale in one of its regions with over 10,000 employees. A number of years ago, the company had noticed a downward spiral in satisfaction, which had now taken a severe plummet. The internal change team had been working on solutions for three years, but with each quarter its effectiveness seemed to wane even more. The leadership team knew it was time for a change.

A workshop of senior managers and those who had been tasked with collecting stories of how people perform their roles every day was convened. Together the group extracted themes, values, and archetypes to get a sense of why people acted the way they did. Coming out of the session the team had 20 interventions, ranging from big to small. One included introducing nameplates into hot-desk working areas, which led to a rise in conversations and people feeling more of a sense of belonging.

Your staff have been living and breathing on the frontline of your business, often longer than senior management has been in place. It’s going to be valuable to find examples of great practice you can tap into for the benefit of the whole business.