The Hero’s Journey stumbles in the world of business

Sometimes a new concept grabs your attention so strongly that you can’t take notes fast enough or eloquently enough to really capture it. I had that sensation when first exposed to the Hero’s Journey at a Seattle Film School class, almost a decade ago. The Hero’s Journey storytelling framework was articulated by Joseph Campbell in 1949. It maps out the twelve steps in a narrative journey of an archetypal hero (for easy reference, the steps are listed at the bottom of this post). Fuller, appended versions have as many as eighteen steps! For many, myself included, it seemed to unlock the source of magic that makes stories great and keeps audiences engaged. I still find it fascinating and continue to uncover new layers.

Before the howls of protest are lodged, let me qualify that. It doesn’t work well in business. 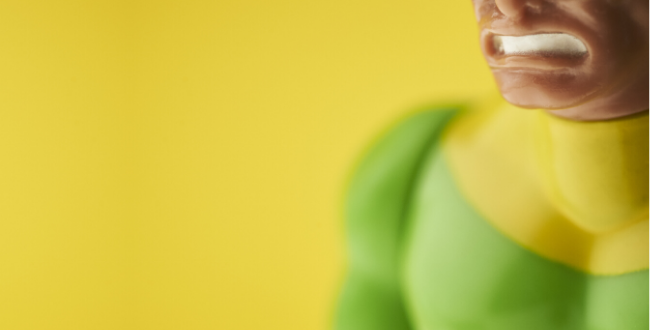 After diligently learning the steps in the Hero’s Journey, I adapted it for a communications training session with a cross-section of ~25 Microsoft executives. We went all-out with the Hollywood theme so that the bland Redmond campus room resembled a cinema, complete with movie spotlights and red carpets. We embarked on the Hero’s Journey and each step was complemented by clips from different films, that made for a very engaging 3-hour session. The executives loved it and Maria from Commercial Operations enthusiastically claimed she was going to use it for her upcoming change announcement. So, when I returned a month later for the next training session,  I asked Maria how it went.

“Oh I didn’t have time,” she replied apologetically, “When we started to map it out on the whiteboard it was waaaay too involved.” In fact, not a single executive had used the framework. This Ordeal—step 8 of 12 in the journey—led me to rethink things.

The purpose of business storytelling is not to explore the human condition or create works of beauty for pure aesthetic delight. Instead, we should be asking, does it help leaders become better communicators? Does it promote the sharing of ideas and compel action? Is it actually used in practice? In most cases* the Hero’s Journey or, for that matter, any overly complex narrative framework is of limited practical use in business.

Before expanding, let’s deal with the asterisk on using the Hero’s Journey in most cases*. It is possible to draw on elements in the framework to enhance a business story. Meeting the Mentor is a great way to position your sales team in a success story that demonstrates value. Refusal of the Call relates well to the cultural inertia that often obstructs business change efforts. It’s not the individual components that are an issue, it’s the common flawed notion that sharing the full framework with your people and having them learn it will practically enhance your organisation’s communications capabilities. It’s like teaching a kid to ride a bike by sharing a twelve chapter instructional manual! While some experienced communications experts may apply it, for most people it does more harm than good. Despite this, the full Hero’s Journey invariably features as a foundational framework in business communications guides. Surely, we can do better, Seize the Sword (step 9) and give people story frameworks that they can actually use!

The Nature of Business Stories

Most useful business stories do not fall into the category of epic tales or life-changing personal triumphs. A former CEO of a large bank, Cameron, took over in 2009. In his first few weeks, he noticed multiple prime offices that sat empty all day and were emblazoned with signs that read ‘Executive Use Only’. One morning, he came in and pulled down all of the signs, piled them up on the floor, and announced that effective immediately all rooms were open to all teams. That set the tone for a more hands-on non-hierarchical culture. Now there’s a very useful business story in four sentences. You wouldn’t pay $15 to go and see it on the big screen though. And there would be no point trying to fit it into twelve turning points or delving into Cameron’s inner psyche. However, this story was powerful and triggered an entire organisation to start to shift its culture.

Most business stories operate at this anecdotal level without being overly involved and with few dramatic thresholds to cross. This ensures that they are both relatable and can compel action. Don’t tell me we are customer-centric, give me a short, tangible example that relates to my daily reality! The good news is that, for the idealists among us, story can still bring humanity into the dry business world; it’s through the little anecdotes like Cameron’s example that emotion, meaning, and personalisation emerge, rather than epic narratives. Over time, an organisation can build a stock of anecdotes in their story bank that will create a powerful content engine (to use some jargon), a Netflix-like catalogue of stories, that can be used to make different business points and compel action.

Some will argue that the Cameron example works for an anecdote, but what about when you are communicating a major new strategy or transformation? Here, the Hero’s Journey Approaches the Innermost Cave (step 7). Complexity is the enemy of execution—this is a widely accepted insight in business. However, it’s not being followed when we try to use the Hero’s Journey or other complex frameworks to build our storytelling capabilities. Cascading a key communication throughout an organisation requires it to be simple so that it can be repeated and easily shared. That requires simple story frameworks. A related point is that business environments are not static, so stories need to frequently be adapted. Complex frameworks are not conducive to this. You can spend a month articulating the perfect story while the situation on the ground may have changed twice and you have a new Inciting Incident or Call to Action to deal with.

The Reality of Business Storytellers

It’s not only the nature of business stories that matter when applying story frameworks but also the storytellers themselves. Executives, managers, and frontline employees do not usually have the luxury of spending hours planning and writing sophisticated dramatic stories. A meeting may be scheduled on Tuesday for the end of the week, with back to back meetings in between. Few people take even an hour to plan their business communications, let alone walk through a 12 step framework. Logical, rational thinking is the default mode in business and, comparatively, little time is spent thinking about communications. The answer to this cultural challenge lies in making storytelling an easy habit to pick up, not in imposing a time-consuming framework on time-poor people!

The other reality check relates to human nature. We tend to be scared off by overly complex models. When we ask people in our workshops whether they consider themselves to be natural storytellers, the answer is always heavily weighted towards a resounding ‘no’.  If we were to then spring 12 intricate steps on them, they are likely to tune out and leave storytelling to Spielberg or Tarantino. Thankfully, a lot of organisations are recognising that simple frameworks for storytelling are more likely to help people to become better communicators. In my prior role with Amazon in Seattle, all new starters learned the Amazon narrative. It’s a four-part framework that everyone from the Head of Communications to a first-year programmer can learn. Thanks to its simplicity, people embrace it. They’re also compelled to practice it because all major decisions at Amazon are laid out using the narrative structure. On that note, while screenwriting is part science, part art, business storytelling is more accurately described as part science, part practice. The more stories you tell, the better storyteller you become.

By using simple story frameworks supplemented by anecdotes, you can activate a storytelling culture within an organisation. At Anecdote we use only a handful, with just 2-5 steps depending on the business purpose of the communication: one helps establish connection and credibility, another helps share meaning and insight. There’s also one to overcome entrenched views and one to demonstrate value, but all are easy to learn and practice.

So as the credits roll, in the language of the Hero’s Journey, I beseech you to return to your organisations and Share the Elixir (step 12) for more effective business communications: simple story frameworks backed by tangible anecdotes.

For reference, the 12 steps in the Hero’s Journey are:

Share
Share
Pin
Email
Print
Tags: Hero's Journey
Comments Off on The Hero’s Journey stumbles in the world of business