068 – How to animate Disney executive characters

Do you understand what drives your business? Listen to hear how Bob Iger’s insight evolved Disney Animation for the better. 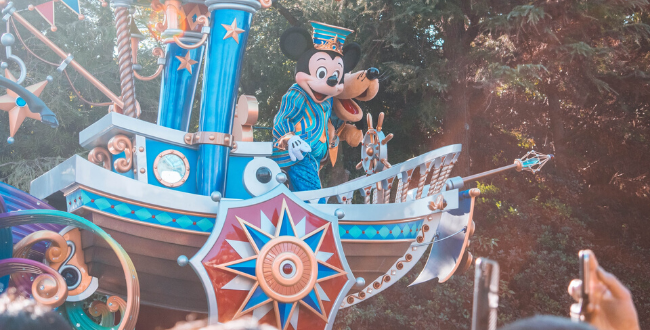 On this week’s episode of Anecdotally Speaking, Shawn recounts a story he read in Bob Iger’s book, The Ride of a Lifetime. The ex-CEO of Disney, Bob Iger’s book discusses the advancements he made but also reveals his business storytelling talents. The guys don’t often give high scores as they’re both tough critics, but this story impresses.

We recently developed an online course called 7 Tips to Be a Better Business Storyteller, which is the perfect introduction or refresher of some key concepts in business storytelling. If you are interested in joining the course, click here.

Bob Iger had a long rise to the top through the ABC TV network. He ended up being President of ABC, and then ABC was bought out by the Walt Disney Company.

At Iger’s first board meeting, everyone waited around the big long conference table, waiting for the meeting to begin. Iger stood up in front of everyone and said, “Guys, Disney Animation is an absolute mess”.

He knew that everyone had heard that before, but he didn’t think they had felt it before. Before he showed all the statistics and research, he gave them an illustration of what he meant.

He said, “Two weeks ago, I was in Hong Kong with a couple of you. We went for the opening of Hong Kong Disneyland. There we were on Main Street, and they had a big parade happening with floats filled with Disney characters. Some characters were from the classic Walt Disney period: Pinocchio, Cinderella, and Snow White. Some were from the early days of Michael Eisner: Lion King, and Aladdin. Finally, there were characters from our partnership with Pixar: Toy Story, and Monsters Inc. As I watched, it struck me that something was missing.”

He turned to the board, “What is missing here for you? We haven’t had any characters for the past 10 years!”

This was a big problem for Disney because the company generates revenue from new characters. New characters mean new rides, new merchandise, and new offshoot animations.

Iger initiated the purchasing of Pixar soon after. The heads of Pixar began running Disney Animation studios and turned it around. We now have Frozen.