It was Amazon’s showcase event of 2018 in Las Vegas. The background logos lit up as the guest customer speaker, the CEO of a multi-billion-dollar company, was introduced. He strode on stage as colourful visuals appeared across the seven massive screens behind him.

In the first place, the speaker was clearly blinded by the lights and squinted awkwardly. He commented into the hot mic for all to hear: ‘Jeez these things are bright!’ Then he missed his mark on the stage, before clumsily introducing himself and mispronouncing the name of the event. It got worse, as he went off-script about some excellence award his business had just won, followed by a few bullet points that no-one cared about. There was simply no clear story, just a series of assertions about his company’s capabilities.

Luckily it was only a first rehearsal. Amazon’s production crew and communications team, which included me, were the only ones in the audience, a day before the actual event. My team had fortunately been granted the authority to require all speakers, no matter how senior, to do a series of rehearsals or forfeit their invitation to get on stage.

Now, it’s not surprising that most C-level execs fancy themselves to be accomplished speakers. However, when you video-record their first efforts, as we did on that day in Vegas, the truth is usually laid bare. We’re all human, and we all need to rehearse and spend time surfacing the actual story. In this case, the speaker was energised by his poor first showing and immediately signed up for the next two rehearsals! On the day, he was a hit, with one of the highest social media viewings for an Amazon event.

During my recent US experience doing communications for Amazon, Microsoft and various other Silicon Valley companies, it became clear that storytelling has been embraced conceptually but is rarely practised with effective thought, preparation and focus. Having returned to Australia, I’m really excited to join the Anecdote team because I’ve witnessed them bring storytelling to life in a hands-on, accessible way that people can use to really make an impact. It’s not hard to throw out a series of buzzwords around storytelling, but Anecdote and their partners are true practitioners who actually get people telling stories in their day jobs! I’ve learned this first-hand by hearing dozens of stories floating around the Anecdote office and being prompted to add them to my personal story-bank.

I’ll be based in Sydney and am looking forward to helping clients step onto their metaphorical ‘stages’, fully rehearsed and equipped to deliver the power of storytelling! 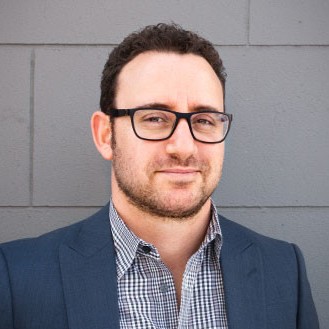