Book Review of Team of Teams: New Rules of Engagement for a Complex World

We were about 20 years too early. Back then, my group at IBM extolled the benefits of understanding organisations as complex systems – ones where it was impossible to predict how things were going to turn out; where technology and the speed of change fostered non-linear relationships; where a small thing could have a big impact, or no impact at all.

Dave Snowden, the leader of our group, led the charge. His Cynefin framework clearly delineated the difference between complicated and complex environments. We called for a different approach to management. But old habits die hard.

Team of Teams, by General Stanley McChrystal, David Silverman, Tantum Collins and Chris Fussell, is the perfect case study for what we were advocating. 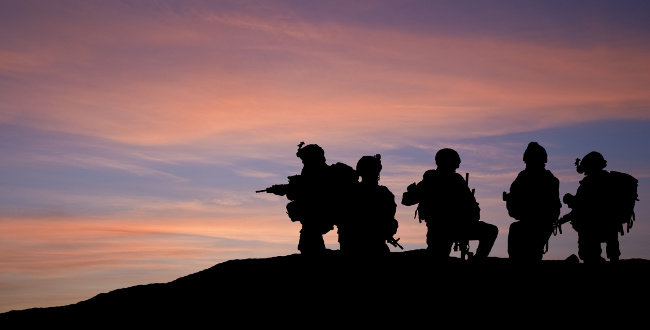 Here’s their starting point. US four-star General Stanley McChrystal arrives in Iraq to head up the Joint Special Operations Task Force with the mission to disrupt and disable Al Qaeda. Very quickly, McChrystal realises they are getting their arses kicked by the militant Islamists. Al Qaeda moves faster than them, regroups quicker, and adapts on the fly. The traditional hierarchy and rules of engagement of the US military just can’t keep up, let alone get ahead. So they have to change to be more like their enemy: a networked, adaptable force.

Small teams, such as what they have in the Navy SEALs, already possess these features, but as soon as the hierarchy, the command, gets involved, everything slows down. Then they think: What if the entire command is replaced by a set of connected teams, a team of teams? This is their change strategy.

Teams of Teams is the story of how they made that change. And I don’t make that statement imprecisely. It’s a story made up of many anecdotes and sub-stories, in much the same way that Malcolm Gladwell crafts his narrative-based non-fiction. You can understand why it’s a bestseller. Talking to other readers, they all report being transported by the stories and forgetting they are learning about transforming a large organisation.

Just a quick note on the voice of the book. While it was authored by a team (practise what you preach, well done), they opted to tell the story from the perspective of General Stanley McChrystal, which makes the read a more personal and compelling experience.

The first couple of chapters set the scene for just how messy the environment in Iraq was, how fast things were moving, and how slow the US military was to adapt. And because everything was hyper-connected and fast-paced, the environment was not merely complicated, it was complex.

The difference between complicated and complex forms the foundation of the entire book. It’s in the subtitle, New Rules of Engagement for a Complex World. Here’s my shortened version of the difference. Something is complicated if you can pull it apart, with effort and expertise, and then put it back together again and the thing hasn’t changed. For example, engineers can dismantle a very complicated Airbus A380 and then rebuild it and it will be the same A380.

However, if you dismantle something that is complex, which by its very nature has an untold number of connections, such as an organisation, and then try and rebuild it from those parts, it won’t be the same thing. In fact, the mere knowledge that an organisation is going to be dismantled will begin to change it.

When things are complex, you make progress by experimenting and seeing what works, then amplifying the good and disrupting the bad. As McChrystal puts it, ‘Little of our transformation was planned. Few of the plans that we did develop unfolded as envisioned. Instead, we evolved in rapid iterations, changing—assessing—changing again’.

They did, however, work out some principles that guided their interventions. These five things were essential to the transformation:

Everyone knew their mission: to disrupt and disable Al Qaeda in Iraq. And, as McChrystal says, everyone was on board: ‘… the common denominator of the professionals with whom I served was an almost mystical devotion to mission accomplishment’.

Yep, but it doesn’t happen as often in corporations. I’ve seen that level of clarity of purpose in a few businesses – Mars Pet Food springs to mind – but many haven’t realised they need a purpose that goes beyond shareholder returns.

A strong, commonly held purpose is an amazing leg-up for a transformation. If you don’t have a common purpose, you need to find it. I say ‘find’ it because you can’t just craft it. It’s a mistake to think you can go on an executive retreat and logically craft your purpose.

Each morning, McChrystal conducted a 90-minute briefing via teleconference to 7,000 people across the world. He advocated extreme information transparency: everyone could know whatever they wanted. In the past, security classifications and compartmentalisation had hampered the free flow of information, which slowed them down. McChrystal changed that, and his morning briefing was a major tool in this.

McChrystal worked the night shift and slept during the day. He often would be woken up by his team to give permission for a deadly strike against the enemy. He would listen to the briefing, add his thoughts, and give the go-ahead. Then it occurred to him that he wasn’t adding much value because there was no way he could understand from a short briefing the nuances his team understood. So he made the decision to empower everyone in the task force to make the decisions they needed to make as long as they weren’t immoral or illegal.

The teams within the task force had tremendous trust. McChrystal was working with some of the best teams in the business. But trust between the task force and the many partners supporting their work, such as the CIA, FBI, Department of Defense and so on, was another matter. So they instituted an embedding program where they sent their best people to spend six months at a time inside their partner organisations.

McChrystal says, ‘When asking for nominations to fill critical positions, we used two criteria: (1) if it doesn’t pain you to give the person up, pick someone else; (2) if it’s not someone whose voice you’ll recognise when they call you at home at 2:00 a.m., pick someone else’.

At first, the embedded person was seen as a spy. But then stories started to emerge about how these new players were making a big difference, bringing a new perspective and providing new connections and capabilities. Eventually the partners started to reciprocate by sending their very best to the task force. The network was getting better connected.

With decision-making distributed and teams getting on with the job, the role of senior leadership changed from commanding to cultivating the culture of the organisation. McChrystal and his senior team devoted their time to ensuring the processes for getting things done worked, and knocking down barriers. They saw their role as akin to gardening: pulling out the weeds, planting new seeds, watering them, and generally ensuring the garden got what it needed to thrive.

There was another essential factor which the authors didn’t call out, perhaps because it was all around them. The task force in large part had an intelligence function. Consequently, they were continuously gathering information and assessing their environment. At the start, this information was siloed, but the shared consciousness principle brought it out into the open for everyone. Many corporations don’t look beyond their borders for intelligence. But there is no sense in having a shared consciousness when there is very little to share.

Team of Teams is a quick read that is full of interesting stories about the many operations McChrystal’s task force conducted in Iraq, mixed in with stories about Lord Nelson, Frederick Taylor, General Motors, the prisoner’s dilemma and many more. Above all, it spells out a new way of organising which some of us have been advocating for years.

Perhaps the time is finally right.

If your environment is characterised by complexity, then it makes sense to give the team of teams approach a go, but don’t underestimate the resistance to changing the hierarchy and the old ways of doing things. Also, don’t think you can just copy McChrystal’s approach and expect it to work in your context. You will need to run your own experiments and discover how the principles play out in your culture, and discover your own principles, while nudging that culture in a new direction.

This book is great inspiration for that change.

To change a culture you need to change the stories told. Learn how Anecdote can help you do this

Share
Share
Pin
Email
Print
Comments Off on Book Review of Team of Teams: New Rules of Engagement for a Complex World