Anecdote was formed on 11 August 2004. At our first board meeting we discussed our purpose. It was possibly one of the shortest ‘purpose’ discussions I can imagine. The phrase ‘helping restore humanity to the workplace’ was immediately suggested and we rolled it around our tongues a few times and collectively said ‘that’s it!’

It’s not surprising. We formed Anecdote to help leaders and organisations be more effective – using one of the oldest tools available to humankind – the humble story. As we’ve seen through the years since then it’s a very powerful tool, albeit grossly under-utilised in business. Organisations were, and many still are, leaving enormous value on the table.

As the quote from Brene Brown above indicates, rehumanising the workplace and our societies has huge benefits. Mindful, authentic use of story is better for organisations, better for the people in them and better for society. 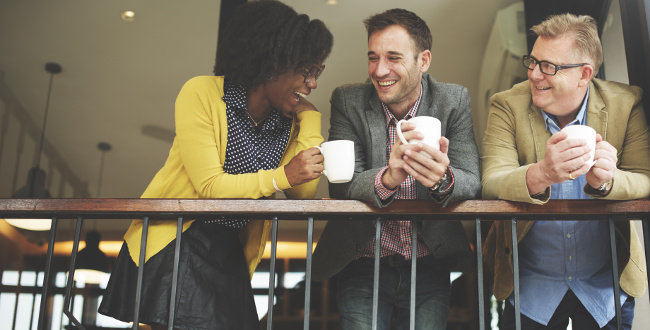 Just yesterday, Shawn met with a client who’d moved to a new company. She opened the meeting by saying “I just wanted you to know that the work we did together at [previous client] has been the highlight of my career. It was so practical and effective and made such a difference”. She described an interview with a potential new starter shortly after the project. The candidate asked about a particular initiative they were aware of: “why are you doing that?” The strategic narrative immediately came to her mind and she was able to re-tell it confidently and authentically. It made explaining complex things so easy.

And it really is easy – you just need to get out of your communication comfort zone and to move from statement to story; from assertion to anecdote.

Thanks to the amazing clients over the past 13 years who have opened their doors and eyes to a whole new way of communicating and understanding their challenges and opportunities. Thanks to the great people we’ve had the privilege of working with – all those Anecdoters and our amazing network of partners in 26 countries. Thanks to the friends we’ve made along the way and also to all those people whose counsel we value and seek out and which is freely given.

Happy 13th birthday to everyone who has been part of the Anecdote journey. It’s been an amazing ride and we’ve learned so much along the way.

To be an effective business storyteller requires practice. Learn more about our training programs here