Like it or not, stories are shaping your company culture 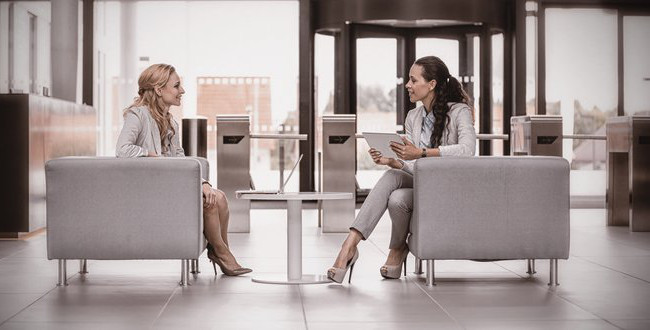 Gerry Lynch is the general manager of Mars New Zealand, the food and retail business that gives us Mars bars, M&Ms, MasterFoods and Whiskas, to name just a few of their brands. The company, which employs a couple of hundred people, is also a regular finalist in, and winner of, New Zealand’s long-running IBM Kenexa Best Workplaces Awards, in the medium-sized business category. When you ask Gerry why they consistently appear at the top of business rankings, he tells you about the company’s culture.

Mars’ culture is driven by five principles that were set by the Mars family, the owners of the business, back in 1983. Everyone in the company can not only rattle off these principles – quality, responsibility, mutuality, efficiency, freedom – but can also share stories about when they have been lived out.

Here’s a Mars story I heard about ‘responsibility’. A few years ago, the company’s chairman, John Mars, attended a presentation at a factory in the rural Australian town of Wodonga. Part way through the session, one of the fluorescent lights above the boardroom table started to flicker annoyingly. Without saying a word, John stood up and left the room, returning a few minutes later with a small stepladder. As the presentation continued, he climbed the ladder, removed the light, took the ladder back outside, then sat back down at the table and resumed listening to the presenter. The chairman did all that without any fanfare, but his actions spoke volumes. He demonstrated the taking of responsibility, reinforcing a key principle of the company.

Just about every major business talks about the importance of culture. A recent study reviewed the websites of Standard & Poor’s 500 companies and found that 85% of them prominently displayed a page on their corporate culture (some had two pages). Innovation was the most talked about value (80%), followed by integrity and respect (70%).

But when the researchers assessed the financial performance of those companies in relation to their values, they were unable to uncover any significant correlation. It turned out that just saying you value integrity or innovation is not enough. The study found that it was the companies that actually lived their values, the ones where people could tell stories about what happened, that showed a corresponding increase in financial results.

The role stories play in shaping your company culture

The role of storytelling is twofold in fostering a productive corporate culture. First, you need leaders who can tell stories that illustrate the principles and values that matter, that are the norms in the business. Gerry Lynch put it this way in an interview a few years ago:

Great leaders inspire people; they tell stories about their values, [about] where the organisation is going to go.

Second, if you want to change your culture, you need to change the stories that are being told about it. Stories are the barometer for your corporate culture. You need to listen out for them and be in the places where they are told. If you don’t know the stories people are sharing about your business, you won’t have a clue what’s really happening in it. It’s important to spend the same amount of time you currently spend poring over the formal records of the business working with your company’s stories.

And here’s a potentially frustrating thing. You just can’t beat a story with mere facts. You can only beat it with a better story. That means either finding one or doing something different that prompts the telling of a new and better story. As a leader, it is your job to understand the vital role stories play in shaping your company’s culture, and in turn shaping its financial future.

We can help you craft and embed your strategy story so that everyone’s on the same page. Learn more here

Comments Off on Like it or not, stories are shaping your company culture