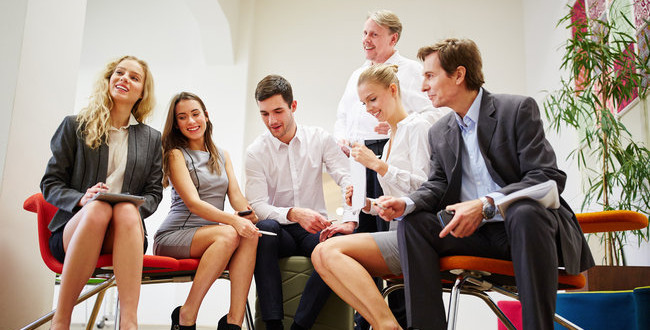 Time is one of my most valuable commodities. It’s probably the same for you. So anything that wastes time reduces productivity, right? And that’s something we all want to avoid.

The overwhelming view of stories in business is that they waste valuable time. This is demonstrated every time I run one of our programs or give a presentation on our work. I ask people to imagine themselves back at their desks and having someone come up to them and say, ‘I’d like to tell you a story’. I then ask what they might be thinking at that moment. There is a range of responses to this question, but the most common – often the first – response is, ‘How long will this take?’.

I get this response no matter which country I’m in. In fact, right now I happen to be in the South Korean capital, Seoul, and I heard that very answer to my question this morning.

Stories effectively communicate ideas even if they take time to tell

It makes sense. We are all busy. We can’t have our time wasted with trivialities like stories, can we? Well, I’m going to argue just the opposite: that far from being a waste of time, stories are one of the most time-efficient methods of communication available to us.

This argument can only be made if we examine not just how long a story takes to tell, but also the outcome achieved. It’s not about time consumed; rather, it’s about ‘return on time’. The outcomes this should be tested against are:

What happens when stories aren’t told

To begin with, I’m going to share three examples of what happens when you don’t use stories to make a point.

Three weeks ago, I was running a workshop with a group of senior corporate leaders. We were talking about the issue of workplace harm and why it needs to be eliminated. One of the leaders started talking eloquently about why this issue was so important, and why he was so passionate on the subject. After a few minutes, I interrupted him. He wasn’t happy about this, and said ‘I’m not finished!’. But I explained that I wanted to do an experiment, and he agreed. I then asked one of the other leaders what they remembered about the first leader’s monologue on workplace harm. The person just shrugged. When I asked another person the same question, I got the same result. I turned to the next person … same thing. No-one could recall what the speaker had said. It clearly wasn’t because the guy was inarticulate. He was just talking too abstractly for people to understand or remember his point …

In early 2015, I was talking with one of our partners in Europe when he told me that, the previous day, his wife had attended a ‘town hall meeting’ where the CEO of her company had spoken for 90 minutes to its 300 staff. When his wife returned home, the partner asked her what she remembered from the session. Apparently she hesitated for a few moments, striving to recollect what had gone on, and then said, ‘The chairs were really uncomfortable’. When her husband pressed her, she recalled that about 30% of the staff were about to be made redundant, but she couldn’t explain why, or how the redundancies would be decided. All up, it sounded like a great waste of everyone’s time …

In late 2011, the head of strategy for one of Australia’s largest insurers was pulling her hair out with frustration. She told me how significant effort had earlier been put into developing the company’s strategy. To communicate the new strategy, the CEO had done a national roadshow, giving presentations at every major company site. Two weeks later, the strategy head held a meeting with a group of senior managers, where she asked them to share key takeaways about the new strategy so she could give some feedback to the CEO. None of the managers in the room were able to provide anything more than a shallow appreciation of the strategy and its implications …

As these examples show, we can actually waste tremendous amounts of time, both ours and others, by communicating in ways that people don’t understand and don’t remember. This can come at a direct monetary cost, or even more insidiously, it can come at the cost of less credibility for the leader involved.

A great way to improve productivity is to be much clearer with your messaging, making sure you are understood, remembered and influential. Stand by for the next post, which will illustrate how stories can be fabulous time-savers.

Learn how to influence, engage and inspire with stories. View details on the Storytelling for Leaders Program here