Business writers are increasingly using the term ‘disruption’ to refer to a range of forces which modern organisations are dealing with. It is the latest in a long list of challenges which over recent decades, have been variously referred to as ‘churn’, ‘turmoil’, ‘constant change’, ‘uncertainty’, ‘unpredictability’, ‘complexity’, ‘instability’, ‘chaos’, ‘dissonance’ and ‘turbulence’. 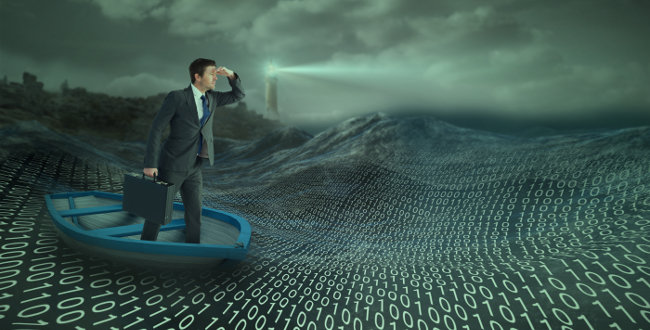 Electronics and the internet have provided a massive platform for disruption. As a result, new market innovation can make people like Mark Zuckerberg extremely rich very quickly.

In Australia, Youi has started up with a big investment in IT and undermined the markets of established insurance giants – which previously might have conceded commonplace operations to new players, but can’t afford to any more, especially when such innovators eat at their core offerings.

Disruption, in this sense, is becoming a commonplace challenge to many companies at a business level.

But for managers at all levels, there are many other kinds of disruption too. And they have become central to the ongoing experience of managers – continual discomforts and unpredictable changes, which people in business have to face as a matter of course.

Things will never settle down

And we too often still seek to deal with them defensively and reactively. Managers still use phrases like, “When things settle down, …” “It’s all really cyclical, you know!” and “We’ll be back on track soon, once we …”

Or senior managers become trapped in defensive tactics such as cost cutting, shedding underperforming assets, merging services and units, or staff reductions with outsourcing, in the hope that they can survive another year (“until things settle down”?).

Indeed, one business writer has suggested that in Australia at this time, there may be many CEOs, under constant pressure from boards and shareholders, who now live in constant fear of being “found out” for not knowing what to do in the new business environment.

But in fact, for thirty years, we have known that no matter what strategic plans a company might produce, managers have been increasingly unable to predict the impact of their decisions.

The old-style social compact between employer and employee has become redundant.

This is a context in which the world of work includes things such as:

In our organisations, we can recoil from and react to this new order; or we can embrace it, and build our capacity to live in it and take an active stance, sidestepping disasters and setting the new agenda.

Of course, we’d rather do the latter.

For that, we have to feel safe and confident, we have to be able to trust and work intensively with our colleagues, and we have to leverage off those things to be creative and bold.

This is in stark contrast with many managers in the current world of Australian business … who are timid and tentative.

If we wish to be active in this turbulent world, the first “port of call” for managers is to know how to lead their teams. Those teams have to be ones characterised by “brutal” honesty, high quality interpersonal relationship capability, high trust based in a realistic knowledge of each other, a strong shared belief in a purpose, applied values, methods and methodologies.

To create a dynamic of trust and forthrightness, managers need to know how to build interpersonal safety in their teams.

Along with this, managers in themselves need to be as solid and reliable a base as possible to engage with and meet the world. At an individual level, this requires as realistic and accepting a self-understanding as possible.

Leadership development always requires opportunities to explore and “see” ourselves as we really are. At a team level, it requires the culture and skills which support direct feedback to each other, and a team culture where any issue can be tabled quickly and confidently, in the knowledge that it will be engaged with directly and honestly.

At 32, Geoff was appointed manager of an industrial mill with 105 staff and 4 supervisors, old plant, low morale, distrust, and a poor safety and production record. His bosses thought it would be an education for him; they figured the plant would be closed in a couple of years anyway.

Within days, he found that his supervisors were informing on each other to him, the various shifts were claiming each others’ production, and the plant was dirty and unsafe. He decided to work on his management team first. He led them into disclosure through story and feedback openly in the team, by modelling it first.

It all started with croissants and coffee at 7am one morning on his deck at home. Geoff related a bit about himself, and waited for the others to follow his lead. After a while, they found themselves happy to share other stories from their lives.

As the trust built, he modelled feedback in a positive spirit, challenged them in various ways, helped them learn how to work together, involved them in decisions, and arranged coaching to lift their management skills. As the supervisors came to work together more, they started to enjoy success and took pride in it.

Geoff helped them learn how to build their own teams. He showed how they could table any issues in the team and talk them through to a productive agreement…then he showed them how to hold each other accountable for those agreements, in an “all cards on the table” way.

Within a year, the morale had lifted beyond all hopes, the mill had set an all-time production record, and onsite teams were managing safety themselves to a much higher standard. Although all the workers were in their own work teams, the whole mill had also become one team with a common, shared set of objectives, and all the shift crews were interchanging members and supporting each other.

One week, they even exceeded the original specified maximum output of the 40-year-old plant!

All this was achieved through team leadership and relationships. And when the plant was closed three years later, the workers left on a high, proud of their achievements and ready to meet their next challenge.

This kind of team leadership is the one which managers always talk about when they tell stories of their “best job”, “best project”, or “best manager I’ve ever worked for.” It is the very foundation for good work in the modern company.

It can be learned and developed, if the organisational will is there. It involves real-time face-to-face development programs which enable managers to learn:

Real relationships between real people are as messy and unpredictable as the “new” business environment. Whatever structures and processes companies put in place, the capacity described here is a baseline, fundamental one. It’s “home base” for leadership in the real world of management. 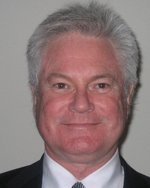 Comments Off on Complex times call for disruptive leadership