How moral persuasion can be used to strengthen your stories

In 2015, a quartet of researchers from universities in the United States and Spain conducted a series of experiments to understand the moral basis of attitudes. 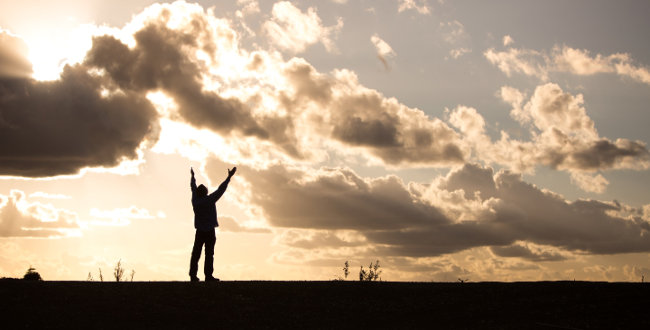 There had already been a lot of research confirming that people put a great deal of stock in the moral component of their own attitudes – that if people believed that their attitudes were underpinned by strong morals, there was a much greater likelihood that their actions would conform to those attitudes. But the 2015 study took it a step further.

Scientists wanted to test the idea that morals are so valued that even the perception of them, as opposed to a person’s actual morals, is enough to really strengthen the consistency between a stated moral and behaviour. Furthermore, they wanted to find out if moral strength might also, as they suspected, make an attitude more resistant to any pressure to change it.

The strength of perceptions

Over the course of three experiments involving university undergraduates, researchers asked the subjects to comment on a new exam policy that had been concocted purely for the experiment, and on recycling policy in the United States.

Some of the students received bogus feedback on their comments that emphasised that their attitudes had a strong moral component, while others were told their attitudes related to a control value, such as practicality or tradition. The students’ attitudes were then rated according to the degree of ambiguity or certainty they expressed, as well as their willingness to take action that strongly correlated to those attitudes.

The results indicated that more-positive attitudes based on morals ‘corresponded to greater intentions to engage in pro-policy behaviors’. No surprises there – previous experiments had already found that the more people self-report the moral basis of an attitude, the more likely it is that that attitude will carry over into subsequent behaviour.

But the researchers also discovered that it was possible to persuade people to see their attitudes as having a solid moral basis, and that this led to attitude–behaviour consistency that was as strong as that in the self-reporters, as well as to a high degree of resistance to any social influences.

In other words, you didn’t have to say your idea or action was moral. It was only necessary for someone else to tell you your idea was moral, and that would increase the chances of you acting on the idea.

The connection with storytelling

What’s the connection with storytelling? The link here is the ability to persuade through stories. If you want to really strengthen an argument, to make it more persuasive and also increase the likelihood of action being taken, then the findings of this research tell us you need to emphasise the moral basis of the argument.

If that sounds manipulative, well, it can be. This is an issue that I discuss in my book Putting Stories to Work.

In the section titled ‘The Ethics of Business Storytelling’, I talk about how ‘Anecdote was wary of teaching business storytelling at first because we knew that the practice could be open to manipulation. Stories are a powerful force … So in our story practice, we’ve had to consider what the ethical use of business storytelling means and how to tell when that line has been crossed’.

I go on to say that we influence people all the time, whether it’s getting our kids to go to bed or encouraging someone to give to a charity or convincing upper management to fund a project. And as professionals, we’ve all learned a range of skills and techniques to get our jobs done at work, which invariably require influence and persuasion.

We’re expected to use these skills. But our efforts to persuade become manipulation when our intent is primarily self-interested.

The flip side to this is a desire to get the best possible results for all involved. That is the real difference between persuasion and manipulation.

If people can identify a moral base in their attitudes, then those attitudes are more likely to guide the actions they take. So when you’re telling stories in order to convince someone of a particular point of view or course of action, set them on a solid foundation of morals. As a storyteller, you’ll be more persuasive.

To be an effective business storyteller requires practice.  Anecdote’s programs are designed to work in a no-nonsense way in a business setting, you can learn more about them here