The Ethics of Storytelling in Business

Business storytelling has become extremely popular in recent years. Leaders are looking for new and better ways to get their message to stick. With so many people learning story skills there is an even greater chance for it to be misused. For example, the number of times I’ve been asked whether it’s OK to just make the story up is a concerning indicator that unethical practices are emerging.

When we started in 2004 we were wary of teaching business storytelling. We knew the practice was open to manipulation because stories are such a powerful force. So in developing our story practice, we gave careful consideration to what ethical business storytelling means, and how to tell when that line has been crossed. 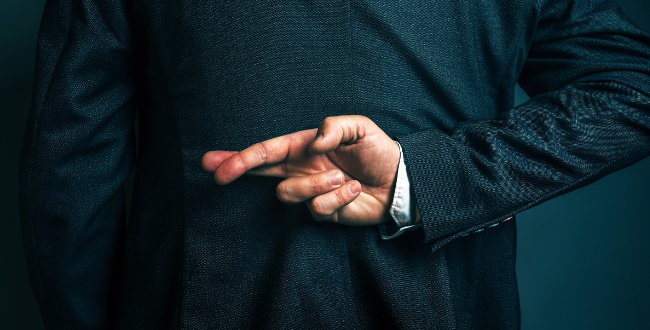 Testing the ethics of storytelling

A while back I thought of a simple test for storytelling manipulation. Imagine you’ve told a story to someone to influence them to, say, get involved in a project, and this works. Then you tell the person what you’ve done. If they respond with something like, ‘That makes total sense, I really needed to hear that to get onboard’, then you weren’t being manipulative. If, on the other hand, they explode and call you a few choice names, then you stepped over the line.

Of course, it’s never as black and white as this test might suggest. What seems reasonable influence to one person can feel like manipulation to someone else. I remember a client telling me about a marvellous exercise his investment bank undertook to illustrate this spectrum.

A facilitator told a group of about 30 bankers that she was going to read out a scenario. Pointing to a large digital clock, she said, ‘As you listen to this scenario, please write down the time on the clock when you feel the characters have stepped over the line ethically for the first time’. She then proceeded to tell the story which, as it unfolded, became more and more ethically suspect.

When the facilitator had finished, she asked each person to read out the time they’d written down and plotted them all on a timeline. There was a cluster of times three-quarters of the way along the line, but most of the times were scattered all along the line. Different people see the world differently.

Now, we influence people all the time, whether it’s getting our kids to go to bed or encouraging someone to give to a charity or convincing upper management to fund a project. And as professionals, we’ve all learned a range of skills and techniques to get our jobs done, which invariably require influence and persuasion. We’re expected to use these skills. But our efforts to persuade become manipulation when our intent is primarily self-interested.

Imagine your job is to train front-line employees to give great customer service. As a teacher, you’ve honed your skills over many years to help your students in the most effective way – you work hard to change how your students think and act. This is not manipulation because your intent is not to serve your own ends. Rather, it is to get the best possible result for the students.

The same is true of an ethical business leader who uses stories to influence and inspire: they should be doing all they can to improve the lives of the people around them.

What about those times when a leader needs to do something that’s good for the business but bad for an individual, such as firing an employee? Well, if a sacking is explained, say using a clear story, so that the person knows the real reason behind their departure, and it’s done with respect, then everyone can maintain their dignity.

5 tips to uphold the ethics of storytelling

Here are some practices that will help ensure your storytelling efforts remain ethical:
1. Tell stories as you believe they happened.
2. Tell people when you’ve made up a story.
3. Don’t tell others’ stories as if they are your own.
4. Protect confidences.
5. Don’t put people in situations where they feel compelled to tell a story they would not normally tell.


In a nutshell, I’m suggesting a humanity-based approach to ethics. Make it your priority to do what’s good for other people. And talk about this principle. Simply talking about ethics in storytelling helps us hold each other to account. We all want there to be consistency between what we say and what we do. Telling people what you think is ethical is a great first step.

Learn the business storytelling secrets Shawn shares with leaders around the world and now applied in Global 1000 companies. Find out more here

Comments Off on The Ethics of Storytelling in Business