How to influence decision makers with stories

Leaders are decision-makers. They have to be. As soon as they walk into the office in the morning, they’re bombarded with decisions that have to be made: ‘Can our business partner sell our product in that new market?’; ‘Do you want to talk to the journalist from The Times?’; ‘When should we share the new strategy with staff?’; ‘Should we defy the auditor’s recommendation for the good of our customers?’; ‘Should we do business with them?’; ‘Do we fight, or do we just let it slide?’. 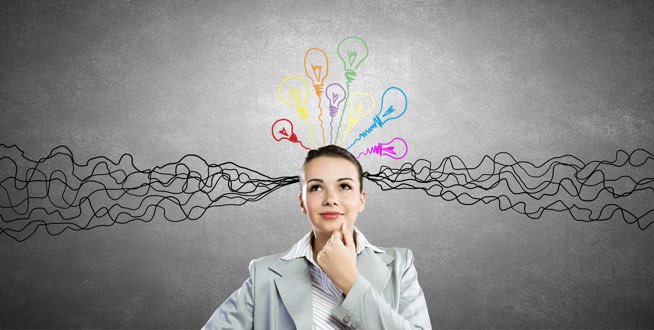 Most of the decisions experienced leaders make, day in and day out, are intuitive. When presented with a situation where a time critical decision is needed a leader matches it with something they’ve done in the past and then mentally tests that course of action to see if it works. If the mental simulation works out they go with that decision.[1] This match and test approach happens in a flash and when the decision maker is asked how they made the decision it’s often hard for them to answer. But there is nothing magical about this. These judgements are based on the experience of continually making lots of decisions and seeing the results. As Nobel laureate and the granddaddy of psychology Herbert Simon puts it: ‘Intuition is nothing more and nothing less than recognition’.[2]

Another Nobel laureate, Daniel Kahneman, has also acknowledged this. Kahneman’s book Thinking, Fast and Slow, which points out the many biases we have as humans that can lead us astray, is often cited as the reason for a growing feeling in business that we shouldn’t trust our intuition as much as we do. But Kahneman says he ‘never believed that intuition is always misguided’.[3] In fact, in 2009, Kahneman and his research frienemy Gary Klein, who champions intuition, put their heads together to figure out when this kind of decision-making works best. They concluded that it is when the decision-maker can see the results of their decision-making, giving them the opportunity to practise the skill and learn from this.[4] This is exactly the environment the modern leader inhabits.

A leader’s ability to match and test for quick decision making is therefore based on the size and shape of their experience. So the most effective way of influencing a decision-maker is to provide them with a remarkable experience, or alternatively to tell them about one so that they can vicariously share it. The key word here is ‘experience’. We have experiences every day. They continually wash over us, but only the ones that evoke an emotion get noticed. And of the experiences that get noticed, a few are thought about and translated into a story that explains what happened. Over time, these accumulate into a repertoire of experience-based stories. It is this repertoire that guides intuitive decision-making. To influence a decision-maker, you need to change the stories their intuition relies upon.

The best stories are the ones that involve the decision-maker. Nothing beats first-hand experience. So if you want to influence a decision-maker, help create situations where they experience something new and remarkable, which will prompt them to tell themselves a story about what happened. I call this story-triggering. Here’s one example.

A US manufacturer was being squeezed by imports, particularly from Japan. When management investigated, they discovered that a typical Japanese factory could turn out about 40% more products per employee than their own firm. Management made several attempts to persuade their factory workers that the firm needed to lift its game or it would keep losing business to its Japanese competitors. But the workers didn’t believe them. They felt they were working as hard as was humanly possible. They also thought that the managers were not really interested in the company’s viability, only in creating bigger bonuses for themselves.

To break the impasse, management selected 10 influential workers and flew them to Japan so they could visit a typical factory there and see the difference in productivity for themselves. Touring the factory one afternoon, the US employees saw that their Japanese counterparts were indeed working faster and more efficiently, but they dismissed this as a stunt – just the Japanese workers putting on an act for the visitors. The American workers were finally convinced when, late one night, they made an unannounced visit to the Japanese factory. To their surprise, the night shift seemed to be working even harder than had the day shift.[5]

A new story had just been triggered for these workers, a story they would carry back to the US and share with their colleagues that would influence the current and future decisions.

If the decision-maker can’t have the experience themselves, then the next best thing is for them to hear the story of what happened. Don’t underestimate the value of this. Research performed at Princeton University showed the profound impact that telling a story can have.[6]

In 2010, neuroscientists Greg Stephens, Lauren Silbert and Uri Hasson conducted a series of experiments showing that when someone hears a story, their brain lights up in the same way as the speaker’s brain when they are telling their story. In the researchers’ words: ‘Speaker and listener brain activity exhibit widespread coupling during communication’.

As you would expect, there was generally a small time lag in the brainwave synchronisation as the listener took in the storyteller’s words and comprehended the story. However, remarkably, the researchers found that the brain activity of the listener often anticipated that of the storyteller at a particular point of the story. The listener was predicting what was coming next. And here’s the kicker: the subjects who did more predicting did better at the comprehension test they took after hearing the story. Really engaging stories, ones where the listener is trying to predict what happens next, have the greatest impact – or to put it another way, they are the most meaningful.

That said, it’s rare that by telling just one story you will influence someone’s mind. This is partly because we are hard-wired to be cautious of new things, in case they pose a threat to us. It’s an instinct that’s served our species well. If a new person, animal or plant turned up there was a chance it could kill us. So we approach with caution and it was an effective survival strategy.[7]

In business, these new things can include ideas, approaches, techniques, products and services – when we come across these, our gut initially tells us, ‘Watch out’. Fortunately, it turns out that the more we hear about something, the more we accept it, or even like it; the renowned psychologist Robert Zajonc calls this the mere exposure effect.[8] This is why it can be a good strategy to tell a series of stories that illustrate why a new thing is valuable.

My business partner Mark did this when he was the knowledge manager for a defence-related engineering firm. He wanted to get support from the CEO to expand a new initiative called ‘communities of practice‘, which involved bringing together like-minded people in the firm on a regular basis to learn from each other. Mark’s strategy was simple: each time he bumped into the CEO, he told the man a new story of how one of the firm’s communities of practice was making a difference.

The first time Mark tried this, the CEO listened to the story but gave no indication that he was supportive of the idea. The second story Mark told elicited a similar reaction. In their third encounter, Mark told the CEO a story about how the Department of Defence had asked their firm if it had an estimate of how many Defence personnel were using a particular engineering software application. As it happened, the firm had established a community of practice around this topic and it was able to give the department a pretty accurate answer and in a couple of days. The CEO was amazed: ‘You mean we can answer a question about the Defence Department faster than they can?’ Then he said, ‘Tell me more about these communities of practice Mark’.

No Substitute for Experience

One Response to “How to influence decision makers with stories”