People tend to do what they have always done, and sometimes without reason. Listen to hear how a grandmother’s necessity became her children’s norm. 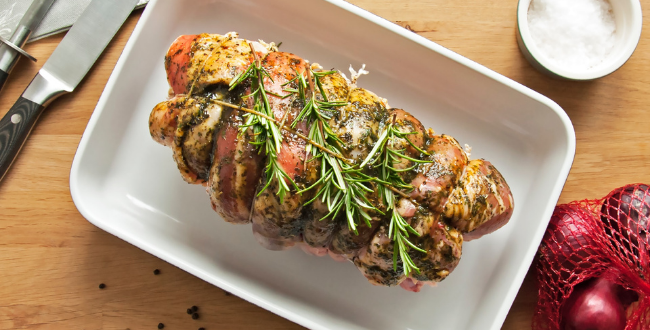 In this week’s episode of Anecdotally Speaking, Mark tells a story he first heard in a taxi in Coffs Harbour. The story explores how we can all get stuck in our ways and just move through the motions of life. It’s a great short story that we can all pop in our story banks!

Our first public programs of the year are just two weeks away! If you are interested in attending one of our March Storytelling for Leaders programs, click here to register. We are also running a few invitation-only Story-Powered Sales programs. If this is of interest to you, please get in touch by emailing us at people@anecdote.com.

Tom Hopkins, a world-renowned sales trainer, met and fell in love with a woman.

One day, he and his girlfriend went to visit her mother. When they arrived at the house, his girlfriend’s mother was preparing a lamb roast.

Tom watched her as she cooked, and noticed she cut off the lamb shank and threw it in the bin. Being a fan of a lamb shank, he was surprised.

Tom didn’t mention anything to his girlfriend until they got home. When questioned, his girlfriend explained that it was how her family have always prepared a roast.

A few months later, his girlfriend also cut off the lamb shank and threw it in the bin, insisting that it was just what her family do.

Years later, after they were married, they went to New Zealand to visit Tom’s wife’s grandmother. She lived in a small cottage.