Finding out the details will help you discover revealing insights. Listen to hear how Airbnb used storyboarding to find valuable insights that influenced their strategic planning. 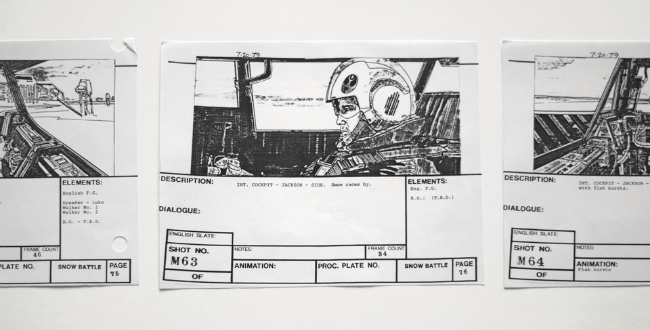 In this week’s episode of Anecdotally Speaking, Shawn shares the story of how Airbnb Co-founder, Brian Chesky, learnt the power of storyboarding to reveal insights. Storyboarding was invented by Walt Disney when the company was producing its first blockbuster film, Snow White, in 1937.

If you would like to hear more about Airbnb’s Co-founder, Joe Gebbia, check out his episode on the Tim Ferriss Podcast.

Next week, our public Storytelling for Leaders programs kick-off! Last-minute tickets are still available, so click here to register. We are also running a few invitation-only Story-Powered Sales programs. If this is of interest to you, please get in touch by emailing us at people@anecdote.com.

In 2008, Brian Chesky, Joe Gebbia, and Nathan Blecharczyk founded Airbnb. They found a gap in the online rental home market and went for it.

In 2012, after considerable growth, the founders knew they were about to face their next growth spurt and were trying to work out what the company’s strategy should be. Chesky booked a holiday and grabbed Walt Disney’s biography to read on the trip.

Chesky was struck by one particular thing that Disney did. Up until the 1930s, Disney and the Disney Group had only produced small animations, no feature-length films. Disney decided they wanted to do their first film, and, in planning for it, they invented the idea of storyboarding. Snow White was the first-ever storyboarded film.

Chesky was convinced that was what Airbnb needed to do for their strategic planning—sketch out the user processes that they wanted to get a handle on.

Airbnb employed Hollywood animators to sketch out the storyboards for them. When they began this process, they found that once you get into the narrative mode you have to get into the detail too. The detail needs to be worked out to tell the story.

When the details start to bump up against one another, the real conundrums start to emerge. This generated great conversation.

Airbnb had two big insights. Firstly, their business was not just a website, but a complex dance of what happens online and the experience at the Airbnb. Secondly, when people are using Airbnb they are usually on the move, so effort and investment had to be put into their app.

Airbnb walked away from this experience seeing that the insights came from discovering the detail and narrative helped them find the detail.

When Jeff Bezos was ten years old, he went on a trip with his grandparents and made his grandmother cry.

On the way to their holiday destination, Jeff was in the back of the car and his grandmother was smoking. He had heard that you lose x years of your life for every minute you smoke.

Being the clever kid he was, Jeff did a calculation and said to his grandmother, “I worked out that you will die nine years earlier than you would if you didn’t smoke.” He sat there grinning from ear to ear.

His grandmother started crying, so his grandfather pulled the car over and got out. Jeff had never been in trouble with his grandparents before.

His grandfather opened Jeff’s door, pulled him out and said, “Son, you’ve got to remember that it is more important to be kind than clever.” He hopped back in the car, and off they went on the trip.