Anecdotes are the pixels of your culture

There are many ways to think about the term ‘organisational culture’. A favourite perspective from decades ago is ‘Culture is the way we do things around here’. It can also be useful to think about culture as an image, like on a TV screen, that is made up of millions of individual pixels. In the case of organisational culture, the pixels are the anecdotes – stories, experiences, examples – that are told and retold within an organisation.

I’ve seen many attempts at culture change. Most of them have been very complicated and expensive, and most have failed. Fortunately, anecdotes are a simple, low-cost and effective alternative. Anecdotes give concrete expression to things that are often ambiguous. They provide insights into what to do more of, and what to do less of.

One approach is to find examples of the things you want to see more of and then amplify them. Companies like Ritz-Carlton, Apple and many others do this in a formal but straightforward way that we’ve written about previously. It’s worth noting that you are not necessarily looking for sagas, epics or heroes. Even tiny anecdotes can make a big difference. 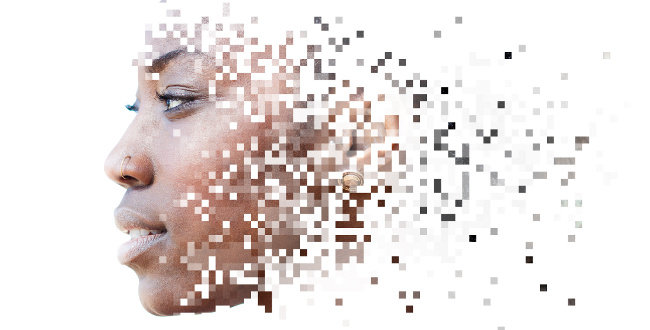 Back in 2007, we saw a single anecdote make a significant contribution to changing an organisation’s culture. We had designed a leadership development program with a significant narrative component. At one company where the program was to be ongoing, we ran anecdote circles with several hundred people across all functions and levels. We asked questions such as: ‘Think back over the last 12 months. When have you gone home and said, “I love this place, it’s a great place to work”. Or alternatively, when have you gone home and said, “I hate this place, I have to find a new job”?’ We collected many hundreds of examples: some good, some bad. We then selected 50 anecdotes to use in the three-day programs: 25 positive examples that represented things the company wanted to see more of, and 25 negative examples of behaviours that needed to change.

Every quarter, 15 senior executives and potential leaders would gather to participate in the program. One of the activities forced them to identify a single anecdote that represented the most important behaviour they wanted to see more of. There were some impressive examples, including one about a death in a plant run by the company, and how the plant’s managers handled the situation incredibly well. We thought this anecdote would be the one most often selected. But to our surprise, the anecdote that was identified in nearly 70% of the programs was this one:

This morning I knocked on [Gary’s] door. I didn’t have an appointment and I was really quite nervous because he is so senior. But he invited me in, got up and moved to the table in the centre of his office, and he gave me his undivided attention. It only took a few minutes, and he’s helped me get the project back on track. It was a really positive meeting and I really wonder why many other managers don’t do the same thing: they continue to type, take calls, and some don’t even look up when you are talking to them …

Over the next three years, nearly 200 managers in that company went through the program. By this stage, the initial set of anecdotes was becoming a little dated. So we collected a new set. It was an amazing experience. In session after session, we heard frontline staff talking about how positive the culture had become, how managers were always present and attentive in conversations and meetings. The culture was changing significantly.

Shawn recently described to me a project he did for a big financial services company. After collecting anecdotes from the leadership team and senior managers, Shawn had gone home and said to his wife, ‘This company is fantastic, we should buy shares’. A few days later, he ran sessions with middle managers and frontline staff. He returned home that night and told his wife, ‘Forget that idea. There is no way we are investing in that company’. It turned out that the stories told by the senior executives bore little relationship to the culture being experienced by those at the front line. Here is an example:

[Senior leaders] don’t follow the fire drill in here. We’re on the [21st] floor, so no-one likes to do it. But I think everyone should have to do it at least once, because if something does happen you want to know how to get out of the building. But not once in the time that I had the fire warden job did I see any of our senior leadership team walking down those stairs … they would just get the lift down for a coffee. They know it’s coming. We walk down the stairs and they are already sitting together in the coffee shop, with their coffees, waving at us.

Like the bulk of an iceberg hidden below the waterline, the many stories shaping your culture may not be immediately visible. But understanding these stories and how they are shaping your culture provides tremendous insight that allows you to reinforce desired behaviours and disrupt negative behaviour patterns.

So, what stories are shaping the culture of your organisation?

Well defined processes to make your strategy stick, training programs to build your story skills and a process to ensure stories are shared regularly. Find out how Anecdote can help your business