Tell me a story: How accountants can harness the power of storytelling

The numbers tell the story. At least, that’s what many accountants would have us believe.

“Accountants are so used to talking in numbers, we forget to contextualise what it is all about,” says Grant Anderson CA, head of government relationships at Xero in New Zealand. “Storytelling is so fundamental, particularly if you can hook into the underlying emotion within the story.”

While storytelling in business has become a catchphrase, it’s often misunderstood as a marketing or branding tool. Some of the misconceptions come from the word itself. After all, ask a group of chartered accountants what they think when they hear the word “story” and the response is likely to be fiction, waffle or not about work. 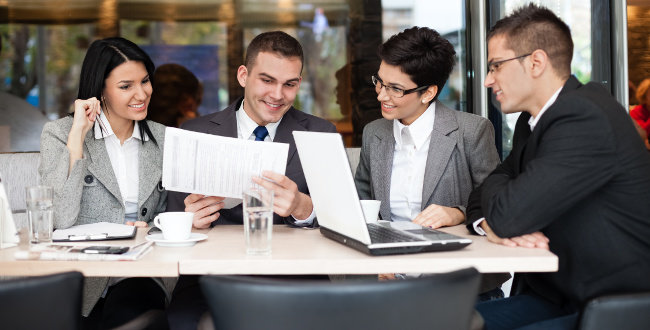 William Meek, CFO at Mercury, an energy company in New Zealand, is something of a convert. Mercury is making a concerted effort to use stories more effectively, both orally and in written communication. “We’ve certainly got better,” says Meek, who views storytelling as helping deliver the strategic objectives of the company in language that the staff understands.

Recently when explaining some of the company’s products and services during the half-year results, Meek and his team talked to their investors about one initiative that gives away “free power days”. “We let our customers pick a day within the next three months and on that day their electricity will be free. This is worth about NZ$8, but the value to customers is much more.

You’ll hear stories about how customers have done all their washing or all their baking. We relay that excitement, and the surprise our customers feel at this unexpected offer, to our investors.” Not only is this story more concrete – and memorable – than simply reporting, it helps explain why the company has chosen this approach. So often, continues Meek, accountants like to say “profit was up 10% from the year before”. “But, tell me why. That’s the insight you’re looking for.

“At Mercury, we are very keen on making our finance staff very effective business partners… who [have] an advisory role in both strategic and operational decisionmaking to ultimately drive better business performance.”

Accountants need to change the way they communicate, says Anderson. “Accounting is seen as a black art and the profession has done a great job of shrouding what we do in mystery. That comes at a price. “Not everybody thinks in a numeric way. Some people think conceptually, others think in words or pictures, so if we can tell our story in the broadest way possible we’re going to engage the audience much more.”

As data becomes the new gold, the people who work with data need to become better able to convey the insights to the decision-makers. In 2009, Google’s Chief Economist Hal R Varian said the ability to understand data, process it, extract value from it, visualise it and to communicate it was going to be a hugely important skill in the next decades.

Shawn Callahan, founder of Anecdote, a Melbourne-based company with a large network of business storytelling consultants, agrees. “There’s a big misconception that people have: on the one hand there’s the data, and on the other there’s the story. You need to layer information, use infographics, tell the story orally, for the real story to come out.”

Today, Meek says that people in finance, particularly those in an external-facing role, “need to tailor their communications to the audience and put yourself in their shoes. When dealing with experts, our jargon can stay, but if you talk to a retail investor about NPAT (net profit after tax), people will look at you funny. Just say profit.”

Whether in accounting, IT or project management, says Mark Schenk, Managing Director at Anecdote, “the number one thing to realise is the limitations of the way we are traditionally taught to communicate. Once people get that, they realise that their technical language is completely useless for this stuff. This is where stories can help by being more memorable and most importantly, they can package an important message in a way that is more palatable, understandable and more influential.”

Anderson agrees, saying: “This is particularly important for public accountants. When you’re dealing with a range of small, medium and large business clients, you have to know what they actually want, you can’t tell the message in the same way to everybody because they won’t grab it.”

So how do stories work in practice?

In 2013, Rosheen Garnon FCA, then National Managing Partner of Tax at KPMG, worked with Schenk on developing a strategic story to better explain the strategy of the tax practice. “A number of the partners were not connecting with the strategy and staff were worried about more redundancies,” says Schenk. “We helped craft a story that acknowledged the difficulties the team faced, including the impact of the GFC which had dramatically changed the tax business.

By talking about the redundancies we took the fire out of the issue. It’s important to acknowledge what we call antistories — any stories that run counter to the official narrative.” For Garnon, what was most valuable about the process was “working out how I would tell the story. By drawing upon my own expertise and being able to come up with what I described as connecting points, I became more invested in how I was communicating and others could see the emotion going through the conversation.”

The next step was allowing members of the leadership team “to tell the same story with their own experiences. This led to a powerful multiplier affect.” Four years later Garnon, now a director of Creative Partnerships Australia, still uses the technique. “What I saw was that by sharing those stories, it actually became easier for people to relate to me, so you form better working relationships as a result.”

In another workplace, the culture of sharing stories is quite different. At Xero, this practice reinforces “why we all turn up to work in the morning”, says Anderson. “When we hear from a small business administrator, who could be the plumber’s wife, saying, ‘it’s great I’ve got my Sunday nights back, I can spend that time with my children’, that’s really powerful for us.”

For Meek, it’s not just positive stories that are effective. Even those that involve disclosure are important. “A serious injury occurred in one of our offices where a woman fell down the stairs,” he says. “It was a bad thing but rather than saying we had one LTI — loss time injury — we said, ‘we had a serious injury where someone fell down stairs and had quite a lot of time off work, but she’s okay and she’s back at work now.’ That’s a simple story but much more significant.”

How much to disclose

From my own experience working with leaders to help them develop their stories, I know they struggle with bringing in the personal element. Often they’ve been taught throughout their whole career just to give the facts. Sometimes this is cultural. A number of Asian women I spoke to, all Certified Practising Accountants, described how culturally they didn’t feel comfortable talking about themselves in a professional situation.

However, I always say that personal stories are more compelling because it’s your own experience that touches the listener, and that we are all hardwired to tell stories. You just need a bit of technique and some practice. “It’s a challenge opening up about yourself,” admits Anderson. “Lots of accountants aren’t known for having the most sparkling personalities in the world – I can say that because I am one myself. But it’s the only way to get your team on board and show them the real you.”

For some, it can require a leap of thinking — and some risk because you reveal an element of your character. But the reward is worth it, says Schenk. “And if it’s too personal you simply don’t use the story even if it does make a good business point.” In fact, says Garnon, “Once people in finance learn the technique of storytelling, it isn’t any more difficult than anything else.”

Five tips on how to develop a story

1. Be authentic. Tell stories about yourself.

2. Know the point of your story. Shawn Callahan calls this the “relevance statement”.

4. Think about your audience.

5. Practise your story in work situations before your big presentation.

Sydney based Claire is an award-winning author and business journalist who helps leaders discover their authentic voice and unlocks the human stories within ASX-listed companies, arts bodies and Indigenous agencies to foster unity and transform culture.

Share
Share
Pin
Email
Print
Comments Off on Tell me a story: How accountants can harness the power of storytelling