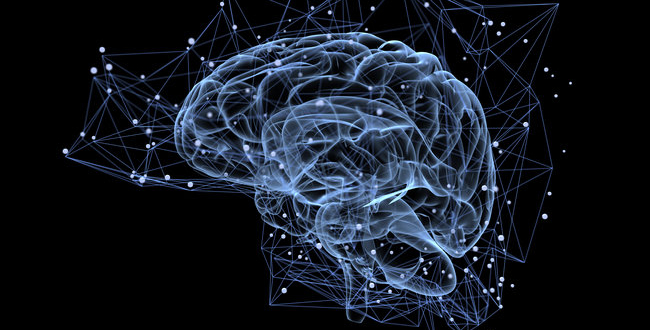 Last week I returned to Australia from the US after a three-week business tour. (It was a remarkable time to be there, though my sense is that while emotions are understandably running high over the election result, there is also a feeling that the US system is resilient.)

I started the trip in Seattle, working for a software company well known in that city. I ran our Storytelling for Sales program for 60 technical salespeople. The program was a resounding success, but as happens in so many of our programs, I got some feedback that really had me thinking.

An experienced technical sales guy, let’s call him Paul, came up to me at morning tea (my US colleagues get such a kick out of our English saying for ‘coffee break’) and said he was worried that a single anecdote might be too powerful, and he didn’t want to get sucked into believing it himself.

After some conversation I got to the root of his concern. He was worried that an anecdote was a single instance of something happening and so was a statistically insignificant example. And he wasn’t the type of person who wanted to influence based on just one emotional encounter he or a colleague had had.

I got what he was saying. Many of my engineering, scientific and technical clients share this concern, but they rarely put their finger on it like Paul had.

The solution: combine science and storytelling

I explained to Paul that a story can tell what happened in an experiment or a research project with thousands of data points and statistically significant results. Such a story has the double benefit of providing an insight and having it backed up by rigorous research – you just need to be diligent and use only top-notch research findings. Some call this data storytelling, a topic I recently wrote about.

The experiment story is one of my favourite story types. I tell a bunch of them in my book Putting Stories to Work: Mastering Business Storytelling, including the following (these titles appear in the story index at the back of the book):

Most of these stories describe how a researcher went about their experiment and the intriguing insight they discovered. Because they’re told as stories, they’re compelling. And because these are experiments based on peer-reviewed research data, they’re credible. Each of them is no longer a single observation.

These stories don’t have to come just from the academic literature. Companies discover insights in their big data. In my data storytelling post, I tell the story of how Google discovered why some teams are more effective than others after examining a combination of their own data and academic research.

One of my favourite data-backed stories involves the work done by Phillip Tetlock on predicting political outcomes.

Back in 1984, Tetlock, a psychology professor at the University of California, Berkeley, began a long-term series of experiments to test the accuracy of political forecasts. He recruited 284 highly skilled forecasters for his 20-year study, many of whom had PhDs and an average of 12 years of relevant work experience. By the end of the study, this group had made 27,451 forecasts.

In his 2006 book Expert Political Judgment, Tetlock analyses his massive dataset in detail and concludes that expert forecasters are no better than dart-throwing chimps – his term for random choice. But he did find that some forecasters were better than others. These people had a distinctive mindset that saw them drawing from multiple sources, rarely believing they were spot on, and always willing to correct their mistakes.

The worst predictors believed in one big idea. They were ideologues who were always confident they were right. Even when they discovered their forecasts were off-base, they would explain it away as just poor timing or being ‘nearly right’.

Inspired by the philosopher Isaiah Berlin’s famous essay ‘The Hedgehog and the Fox’, Tetlock called the better forecasters foxes and the poor ones hedgehogs, because ‘the fox knows many things but the hedgehog knows one big thing’.

Now while stories of experiments are a terrific way of basing your insights on more than a single observation, don’t think that single anecdotes are irrelevant. Each time you hear or tell an anecdote about, for example, a leader in your organisation, you are building up a picture of good or bad leadership. These pictures are snapshots of your work culture, and anecdotes are the pixels that give each of them their clarity. If you don’t notice the stories being told about what is happening in your workplace, the overall picture will remain fuzzy.

Tetlock, P.E. (2005). Expert Political Judgment: How Good Is It? How Can We Know? Princeton, NJ, Princeton University Press.

Comments Off on Mix science and storytelling: tell stories about experiments