About 6 years ago, a participant in a leadership program explained how she had found her dream job and put in place a comprehensive plan to get that job. It took about six months, but she finally got the offer. “But I turned it down” she said. She explained “I was at home with my family on a Friday night. My mobile phone rang at about 10 PM and it was the manager of the position I had applied for. He told me I was the successful applicant and could start whenever I wanted. I was very excited initially, but over the weekend I mulled over the fact that he was calling me at 10 PM on a Friday night. I decided I didn’t want to work in an organisation, or for a boss, where that sort of 24 x 7 mentality was so strong that they didn’t think twice about ringing a new starter at that time. I called at 9 AM on Monday morning and told him I didn’t want the job.” 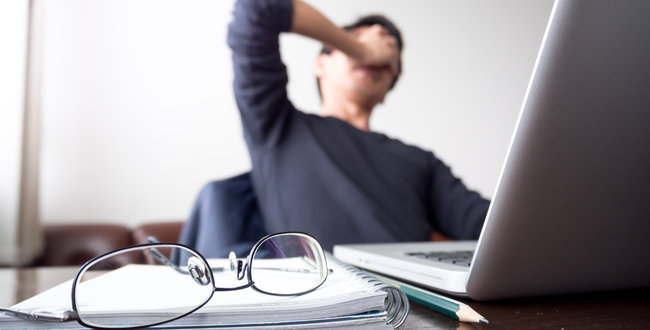 Now I know the example above doesn’t relate to email. But the same thing happens with email. Without even thinking about it, I regularly work late at night and early in the morning. As part of that work, I often send emails. But sending emails to staff out of hours unnecessarily can have a big negative impact on engagement and performance.

And, it’s not what you say it’s what you do that matters. I recall a conversation with Helen, our office manager, a few years ago. Helen had replied to an email that I sent at about 11 PM. The next morning I gently chided her, reminding her of what I had often said: “don’t worry about emails I send after hours, I’ll let you know if any of them need to be actioned. The rest can be done the next day.” Helen replied to the effect that she knew I was very busy and that if I sent something I probably needed it done quickly.

As with all things, it was my actions and not my words that have the biggest effect.

I immediately went looking for a way to schedule emails and send them later. I was amazed at how hard it was to find something that worked with Apple Mail. I found a program and tried it for several months, but it was way too clunky and I gave up on it. I tried saving emails as drafts with the intention of sending them the next morning at 9 AM. But, not surprisingly I often forgot and important messages didn’t get out on time. So, I gave up on that idea as well.

Thankfully, there is finally a product on the market provides an elegant solution to this problem. About a week ago, on the recommendation of our Storytelling for Leaders® partner in India, I installed a program called SendLater. It adds a ‘send later’ button alongside the normal ‘send now ‘button. When you click on it, a simple dialogue box appears and you can specify exactly when you want the mail to leave your outbox.

It costs AU$13.95. From my perspective, it’s a small price to pay to have a convenient way to avoid sending emails out of hours unnecessarily to your staff or clients.

There is another useful tool that I am also trialing. I have a terrible tendency of sending emails without attaching the attachments – obviously I’m not the only one. The makers of SendLater have also tackled this problem with a Mail plug-in appropriately called ForgetMeNot, It does a keyword search of emails before they are sent. If it suspects that something should have been attached, it pops up a dialogue box asking you if you meant to attach something. If this plug-in works it will be one less small and embarrassing thing I do.