Lessons learned when stories are told

Work can move at such a hectic pace that we often don’t get the time to reflect on important projects we’ve completed. But valuable lessons can be learned by doing this, particularly when stories are involved.

A team I worked with had toiled on their project for two years, and when it finished they’d decided to devote half a day to finding out what lessons they’d learned. A senior manager in the team came up to me before the session and boldly stated that there weren’t any lessons to learn from the experience. At least, not yet. 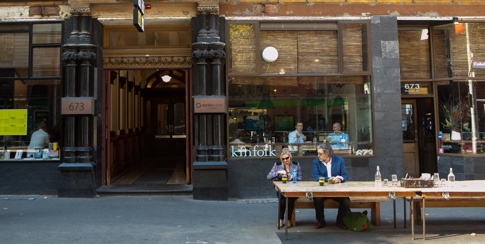 As the project team wandered into the meeting room they saw a 1-metre-tall scroll of paper covering a long wall, with a timeline on it. I asked the team members to think of significant moments in the life of the project, write them on post-it notes and place the notes on the timeline. About 30 significant moments were posted, including ‘New CIO’, ‘New Version of Software Released’ and ‘Office Move’.

I pointed to the first one, ‘Got Project Funding’, and asked, ‘So tell me about how you got your funding. What happened there?’ One of the old hands kicked things off by telling the group how, before the project had been officially green-lighted, they’d had to get money from multiple buckets. As a result, in the early days of the project, they hadn’t had a project sponsor.

In a tone of exasperation, the senior manager who’d felt there was nothing to learn then spoke up: ‘It was such a pain. Never let me start a project like that ever again’. Flip-chart marker in hand, I asked whether that was a lesson. Multiple people called out, ‘Yes it is. Get that one down Shawn’.

We experience a lot in the workplace, but our experiences are mostly forgotten – except for the ones that we turn into stories. Stories give experiences a fighting chance to be remembered, translating them into narratives which contain the lessons. But here’s the thing, it’s only at this very moment the story is told that the lesson is learned. Without the story, at best it remains a vague feeling. As you can see the leader’s role is vital. They can help create the conditions for such lessons to emerge, and once they have, they can become stories that can be retold and remembered.

Conveying lessons as a story is particularly effective when the behaviour or attitude you are hoping to impart is complex and can’t be illustrated merely by a simple flowchart. A good example is company values. A bank we worked with had included ‘integrity’ in its set of corporate values. But what does ‘integrity’ really mean? To explain this, you can’t just list a set of behaviours to follow. (In fact, the bank had tried that and it hadn’t worked.) Instead, you need to show examples. So our goal was to help the bank find stories that illustrated its values.

I remember one of the stories about integrity came from a young lawyer who’d recently joined the bank. He’d just finished an internal project advising another part of the bank when he realised he’d made a small but significant error. He didn’t think anyone would notice and for a moment he considered just letting it slide. But then he thought, ‘I don’t want to be that type of sloppy lawyer’. So he went and explained what had happened to his boss, who then informed the internal customer. The error was fixed, and the lawyer was praised for his honesty and diligence.

Some of the best lesson stories concern blunders you made that caused you pain. Once you’ve told such a story, no-one wants to repeat your error. Here is an example I sometimes share.

Anecdote often works with an executive team to help them create the story of their company’s strategy. A while back we were set to help a large logistics company with its strategy story. As I was about to get started, I was told that the company’s executive, including the CEO, was too busy to come together and create their story. I was asked whether I could instead interview the executives individually and then craft a story for them to review. I said that wasn’t our process, but the company insisted. (Yes, I know, I should have bailed right then.)So I interviewed the executives and crafted the story. It seemed to go well – all the people I worked with were enthusiastic and supportive. Then we called together all the executives and I started to tell them the story. All the people I’d interviewed were smiling, leaning forward to hear the story. But when I was in mid-sentence, the CEO interrupted to say, ‘Excuse me Shawn, but quite frankly I think all stories are lies’. The smiles around the table quickly turned to frowns. The next day I got a call to say that we were fired.

When a client asks me to short-cut the strategy story process, saying that their executives are too busy to work out the story themselves, I tell this lesson story. No more convincing is needed after it’s been told. No-one wants to feel the embarrassment we felt that day.

Leaders should be looking for ways to help lesson stories emerge while at the same time mining their own experiences for those painful moments you don’t want others to struggle through. This will require strength of character and humility, but you will be rewarded by strong new connections.