How to inspire with stories 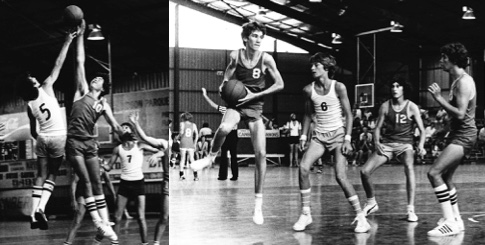 As a teenager I loved basketball. My best friend’s dad, Walt, was our coach. After a few games one season we were close to the bottom of the ladder, but by the end of the comp we found ourselves in the grand final. At our last practice session before the big game, Walt gathered us in the middle of the court, pointed to a line on the floor and said, ‘Do you all think you can walk along this line?’ We all nodded and then proceeded to walk along the line. Then Walt pointed to a balance beam and asked us, ‘Can you walk along the balance beam?’ We said, ‘Sure thing coach’, and we walked along the beam. Then Walt said, ‘Imagine this beam crosses a deep, treacherous canyon with a fierce wind blowing across it’. He painted a picture of a very challenging scenario and then asked us to walk across the beam again. We all made it without falling. ‘Lads’, he said, ‘our game this weekend is like this ordinary balance beam crossing a canyon. It’s just another game, yes, but there will be a lot more pressure this time. Are you ready for this game?’

We were inspired by Walt’s words, and we won the grand final. Walt generated a feeling in the players, a desire to make something happen. This is only one type of inspiration, however. There are many others.

We often inspire ourselves. The celebrated documentary maker Ken Burns felt inspired the day he worked out the secret to filming historical photographs. In an article in The New York Times, he said, ‘I remember realising early in the process [of filming] that I had to listen to the photos, not just see them. Are the waves of the East River lapping? Are the workers hammering? I can remember not wanting to break the spell, not wanting to move my eye from the eyepiece, but to live in that world. It gave me a kind of key to unlock what has been, for the past 35 years, the way I’ve tried to wake the dead’.

We are also inspired by the actions of others, especially if they reflect how we would like to see ourselves act under difficult circumstances. These moments reveal character. Here are just a few situations when the spotlight is on the business leader. They can be moments of inspiration or downright disappointment.

The role of storytelling in inspiration – how to inspire with stories

Remarkable actions inspire us, but we usually don’t get to see these actions firsthand. This is when stories play a role in inspiration.

I recently coached the general manager of a well-known home maintenance brand. To kick off the new financial year, she got up in front of all her employees and told four stories, each one recounting a notable deed of an employee known for their great work. One story was about how a factory worker – who we’ll call Gary – was concerned with how dangerous one of the machines in his factory was. It could easily cause third-degree burns. So in his own time, and under his own steam, he set about improving the factory process to address this danger. And in doing so, he made it more efficient. When the GM told Gary’s story, everyone could picture what he’d done and they felt proud. Gary went up to the GM at the end of the session and excitedly told her about another safety issue he was working on. Such stories of remarkable efforts are fuel for inspiration.

You can share inspiring stories systematically. Apple regularly shares stories to inspire great customer service in the company’s retail stores. Their process is simple but has an amazing impact. Each day they undertake a net promoter score survey with randomly selected customers. If a customer gets great service from an Apple employee and gives them a perfect 10, then at the next morning’s staff meeting, the store manager will say something like, ‘Yesterday Mary got a 10’. Everyone claps. Then the manager says, ‘Mary, remember that customer who came in to get their iPhone screen fixed? Can you tell everyone what happened?’ Mary then tells the story of the iPhone screen, giving everyone else the chance to hear what it takes to get a 10 from a customer and also high praise from the manager. Again, this creates a feeling that fuels a desire to take action. It inspires. It breathes life into us. And it is done every day.

We can be inspired by so many things. We are inspired when we see a friend battle cancer with dignity, when we see an amazing concert, or witness a virtuoso, or see someone doing the right thing when it would have been much easier to do the wrong thing. Fifteen years ago I was inspired to get into business storytelling because of a seminar delivered by my colleague in IBM, Dave Snowden. Here is the story of what happened.

To inspire at work, we share stories of these events, big and small, and create that feeling of desire that sparks action. Stories are concrete and specific, so this desire is coupled with a clear example of what to do. We are not merely spouting abstractions like ‘Let’s innovate’.

Start collecting stories of inspiration. Jot them down. And when the time is right, share them and light the fire of inspiration in your organisation.

p.s. Can you spot me in the photos?