The word ‘story’ is vexed in business. Imagine this scene. A senior leader stands in front of his people to give a presentation on the company’s direction and says, “I would like to share a story with you.” If you were in that audience, what would you be thinking or feeling when he said that? When I pose this question to my workshop participants they groan and wince. They say things like, “here we go” or “don’t treat us like kids,” “just get to the point,” “what trick is he trying to pull?”

Now let’s imagine a similar scene. This time the senior leader says, “something important happened a couple of weeks ago I’d like to share with you. It’s going to affect our business.” What are you thinking now? Most people think, “jeez, what happened?” They want to know and are ready to listen. 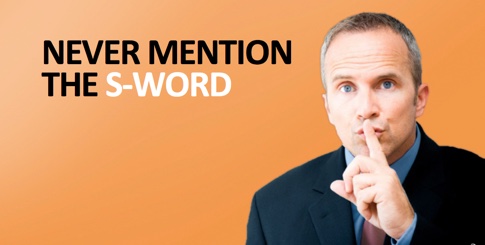 I tell leaders in our programs to avoid the ’s’-word. Instead talk about an experience, something that happened, an example or just jump right into the story with your time marker: “Three weeks ago while I was at the Mildura plant …” People love to hear stories, they just don’t like to be told they are listening to a story.

We make a similar mistake in print. How many times have you seen on a website, a newsletter, a brochure and even in reports headings proclaiming, ‘Our Story,’ ‘Customer Stories’ or the stories are italicised and indented screaming out, “this is a story.”

Rather than call out our stories we should include them in our written work in a seamless and unassuming way. More like how Malcolm Gladwell writes his essays and book chapters. I can’t imagine him calling out his anecdotes or indenting them. The reader should be immersed in the text and enjoy the story as a tangible illustration of a business point rather than being interrupted by an isolated anecdote set on a pedestal demanding to be read.

There is another danger in overtly calling out stories: business people will just skip over them. I remember when I was a young fella, whenever I read a book I would just bypass the highlighted stories because I had it in my head that the story was extra and I was getting all the facts already in the main part of the text. The author was making it easy for me to get through the material faster by highlighting the stories. But by bypassing the narratives I was missing out on deeper meaning, engagement, recall and comprehension. Bummer.

Many business people are falling in love with storytelling. And so they should. But let’s not make the rookie error of telling everyone we are telling them a story. It just puts people off.