Changing a keystone habit – the story of Alcoa 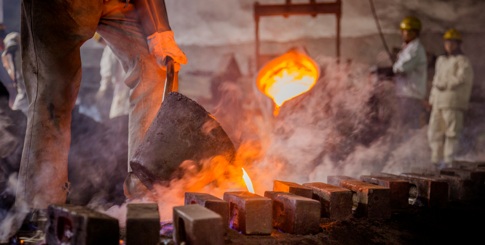 Sometimes the best way to affect large-scale change is to focus on changing one important habit, what Charles Duhigg calls a keystone habit. Here is the story of Alcoa’s transformation.

One October day in 1987, the new CEO of the Aluminum Company of America, or Alcoa, took to the stage of a ballroom in a New York hotel. Paul O’Neill had been a surprise choice for head of one of the world’s biggest aluminium product manufacturers. The former US Government bureaucrat was virtually unknown in the ranks of Wall Street, and the company’s many investors were nervous about his ability to stem the losses Alcoa had recently accumulated by launching unprofitable new lines. To address this unease, Alcoa had decided to gather together prominent investors and stock analysts and formerly introduce its new leader to them.Standing on the ballroom stage, the 51-year-old O’Neill looked every bit the chief executive – trim and taut, with a dignified head of white hair and a warm, confident manner. The audience relaxed. You could almost hear the collective sigh of relief that said, ‘Everything is going to be OK’. Then O’Neill opened his mouth.

‘I want to talk to you about worker safety’, he said. ‘Every year, numerous Alcoa workers are injured so badly that they miss a day of work. Our safety record is better than the general American workforce, especially considering that our employees work with metals that are 1500 degrees and machines that can rip a man’s arm off. But it’s not good enough. I intend to make Alcoa the safest company in America. I intend to go for zero injuries.’

The audience’s relief turned into confusion. This was not what they were accustomed to at such events. Where was the promise to raise profits and lower costs? Where was the passionate criticism of corporate regulations and taxes? Where were all the comforting buzzwords like ‘synergy’, ‘alignment’, ‘rightsizing’ and ‘co-opetition’? What was all this talk of worker safety? Wasn’t that something that someone who was in favour of regulation might say?

O’Neill continued, seemingly oblivious to his listeners’ reactions: ‘Before I go any further, I want to point out the safety exits in this room. There’s a couple of doors in the back, and in the unlikely event of a fire or other emergency, you should calmly walk out, go down the stairs to the lobby, and leave the building’.

The comments were greeted with a deafening silence. The confusion had become outright bewilderment. One investor, remembering O’Neill’s stint in Washington in the 1960s, thought, ‘Guy must have done a lot of drugs’. Then, tentatively, hands started going up. In a desperate attempt to find familiar ground, people started asking about capital ratios and inventories and the like.

‘I’m not certain you heard me’, O’Neill said. ‘If you want to understand how Alcoa is doing, you need to look at our workplace safety figures. If we bring our injury rates down, it won’t be because of cheerleading or the nonsense you sometimes hear from other CEOs. It will be because the individuals at this company have agreed to become part of something important. They’ve devoted themselves to creating a habit of excellence. Safety will be an indicator that we’re making progress in changing our habits across the entire institution. That’s how we should be judged.’

After the presentation, many analysts called their clients and advised them to sell all their stock in Alcoa – immediately. One of them told a client, ‘The board put a crazy hippie in charge and he’s going to kill the company’. It would turn out to be the worst financial advice those analysts ever gave. A year later, Alcoa’s profits would hit a record high. Thirteen years later, on O’Neill’s retirement, the firm’s annual net income would be five times greater than it had been when the CEO was hired. His company would also be one of the safest in the world.

‘I knew I had to transform Alcoa’, O’Neill would later explain. ‘But you can’t order people to change. So I decided I was going to start by focusing on one thing. If I could start disrupting the habits around one thing, it would spread throughout the entire company.’

O’Neill concentrated on changing one influential, or keystone, habit throughout his organisation – safe practice – and this had a domino effect, causing many other habits to change too. For the better.

Sourced from Charles Duhigg (2012), The Power of Habit: Why We Do What We Do in Life and in Business, Random House, New York.

Comments Off on Changing a keystone habit – the story of Alcoa