Going with your gut is likely to lead you down the wrong path. Listen to hear how ignoring the data led to Blockbuster’s demise. 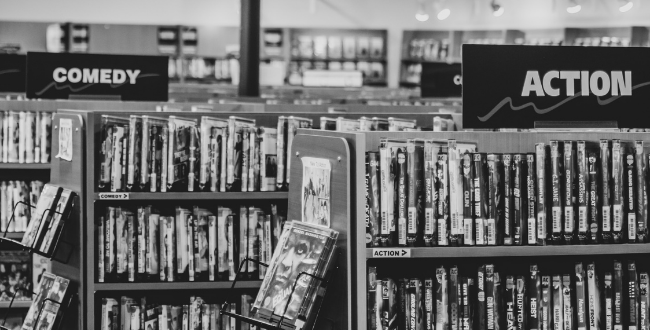 In an Anecdotally Speaking first, this week’s episode is a solo episode with Shawn as host! He shares a story from Gina Keating’s book, Netflixed: The Epic Battle for America’s Eyeballs, which follows the period in which Blockbuster went from being at its peak, with some 9,000 stores worldwide, to declaring bankruptcy.

If you would like to receive an email every time we release a new episode of Anecdotally Speaking, you can fill out the subscribe form on our podcasts page.

In 2004, Blockbuster was at its peak with some 9,000 stores worldwide. But, in 2007, the company reached a turning point. Netflix had become a serious competitor, other competitors were emerging, and there was a downturn in the economy. Blockbuster was struggling.

The team considered building an online service to compete with Netflix. COO Nick Shepherd was pushing the idea, but CEO John Antioco didn’t love it.

Antioco soon retired, and Jim Keyes replaced him. Keyes had turned things around for 7-Eleven following a difficult period. The company hailed him a hero.

Keyes had a clear idea of what he wanted to do with Blockbuster; what he thought would make the company great again. Blockbuster stores lay at the epicentre. They would become entertainment destinations, selling food and electronics.

Blockbuster’s executives knew they had tried this before, and each time it had failed. They presented their data to Keyes, but reports were returned to them unopened. He wasn’t listening. Those same executives soon left the company, opting to purchase Netflix shares with their payouts.

So Keyes went ahead and put a lot of money into upgrading and renovating Blockbuster’s stores. He ignored an opportunity to acquire Netflix and offers from Netflix to purchase Blockbuster subscriber lists.