How do you encourage productive behaviours? Listen to hear five examples of reward and recognition in the workplace. 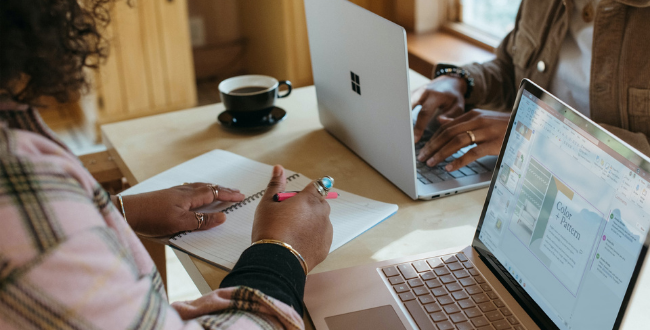 In this week’s episode of Anecdotally Speaking, Shawn and Mark share a handful of short stories that showcase both positive and negative reward and recognition within the workplace.

Shawn and Mark would love to hear your examples of reward and recognition, times they’ve worked and times they haven’t. Leave a comment below or email us at people@anecdote.com.

We recently launched our new program, School Story Lab, to help schools craft and tell their school strategy story. And we are currently taking the first cohort through it. It highly practical and hands-on and is suitable for all schools, all around the world. Our next cohort begins in May, so if you are interested or may know a school that may be interested, click here.

One day, the Head of HR for a global engineering company noticed an employee’s hard work.

The Head of HR decided to speak to the CEO and recommend the employee for a CEO Award. They detailed how the employee had been working 16-hour days.

The CEO thought about it and acknowledged the hard work the employee was doing was great. But he decided he didn’t want to reward the hero behaviour as it was developing a culture he didn’t want to promote. The CEO wanted to reward people for coming up with innovations and faster processes, not long hours. Instead, the CEO personally spoke to the hard worker and recognised their work, but did not make them an example to the whole company.

At a technology company, a leader was frustrated that people were often late to meetings. She wondered if she should send around a note expressing her disappointment.

Instead, she decided to send an email to the one person who consistently turned up on time. The email thanked the person for always being so punctual and said how she values punctual employees.

After word got around about the email, she noticed more people were turning up on time, and then, eventually, everyone was.

When Cameron Clyne was the CEO at NAB, he was annoyed by his employees being late for meetings. The term NAB time was coined, and he didn’t like it.

One day, an executive meeting was due to start at 2:00 pm. He arrived early. At exactly 2:00 pm, he grabbed a chair and jammed it up against the door handle to block the meeting room door.

It was a glass meeting room so he could see all the latecomers. He proceeded to turn them away when they arrived late.

At a technology company, if people did good things, they would be given movie tickets.

This reward system worked until employees began to expect movie tickets whenever their managers asked them to do something. It created more problems than it solved.

Francis Mok, now an Anecdote Partner, was a Senior Executive at an Engineering Company. But he left his high-level job and joined a training company.

On his first day, he found an envelope and a small box waiting for him on his desk. In the box was a limited edition Lamy pen and a note saying, “Welcome to Jepson, Francis. I am sorry I can’t be here to welcome you on your first day because I am travelling in Europe. I look forward to meeting you soon and I hope you have a wonderful journey with us, H.G Jepson”

To this day, Francis doesn’t know where the pen is but still has the note.