What problem is your product solving? Listen to hear how Dean Kamen’s Segway was an overnight success and not much more than that. 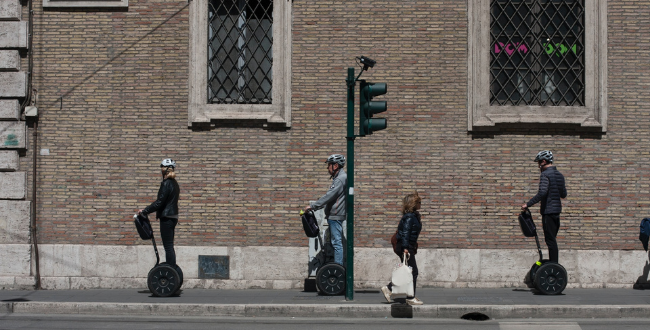 In this week’s episode of Anecdotally Speaking, Shawn shares the story of a renowned inventor, Dean Kamen, and his invention, the Segway. The Segway’s invention brought a lot of excitement to mainstream media, but sadly it didn’t last very long.

We will be releasing the dates for our first public Storytelling for Leaders program for 2021 very soon! If you are interested in attending or would like more information, get in touch with us at people@anecdote.com. You can also make sure you stay up to date on all things Anecdote by subscribing to our newsletter.

In December 2001, Dean Kamen, an inventor, had been working on a secret project. He soon announced that he had invented the Segway.

The media went wild with the story. Newsweek said it was the invention of the century.

There was a lot of excitement and investment behind the product, so Segway ramped up their production and began producing 10,000 a week.

There was a flurry of purchases, but then purchases dropped. Suddenly, they were only selling ten a week.

After ten years and a lot of effort, Segway only sold 50,000 worldwide. They initially expected to sell 50,000 in five weeks.

The product never took off because they never answered the question of what problem the Segway was solving.