Sometimes it’s the small things, the small changes, that make all the difference. Listen to hear how the British cycling team improved by 1% across the board and then won gold! 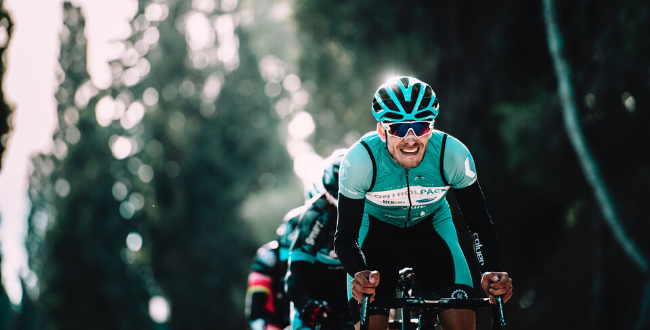 This week on Anecdotally Speaking, Shawn and Mark discuss how small changes can have large outcomes. Shawn shares a story he read in James Clear’s book, Atomic Habits.

The story is one that everyone should add to their story bank because everyone can relate and connect to it. Shawn and Mark reflect that, by using references to major worldwide events such as the Olympics and the Tour de France, we are able to tell this story in a variety of situations. No matter where you are from or your knowledge of sport, you most likely will have heard of the Olympics.

Due to popular demand, we have decided to run another public virtual Storytelling for Leaders program. Anecdotally Speaking’s Mark Schenk will facilitate the program, which kicks off in mid-July. If you want to come along and share your stories, click here.

In 2003, the British cycling team was in for a massive change.

They hadn’t won a gold medal since 1908 and had never won a Tour de France. It wasn’t looking great for them.

But in 2003, they appointed Dave Brailsford as the team’s Performance Director. He had been working with the team for some time now, but as a Consultant.

He was a balding, fit, 39-year-old cyclist. His job was to make overarching improvements to the team.

He came up with an idea which he called ‘the aggregation of marginal gains’. The idea was that, if you break it all down and improve everything by 1%, then put it all back together, you will have significant gains.

There were the obvious things that they did initially, like fitting the team out with bio sensors, to get performance feedback.

But then they started looking at everything they could think of: the seats on their bikes; putting alcohol on their tyres to get better traction; getting everyone to choose the right pillow for themselves and to take it with them when travelling so they slept better. They even painted the interiors of their team trucks white so that they could see every speck of dirt and ensure that everything was clean and spotless.

Just five years later, in 2008, the British cycling team absolutely dominated the Beijing Olympics. They won 60% of all the gold medals that were up for grabs for their sport.

At the London Olympics in 2012, they ended up with 9 Olympic records and 7 World records.

And their success continued. At the Rio Olympics in 2016, 2/3 of the gold medals went to the British team.

Again in 2012, Bradley Wiggins became the first British cyclist to win the Tour de France. The following year, his teammate, Chris Froome, won the race, and went on to win it in 2015, 2016, and 2017. To finish their winning streak, Geraint Thomas, another British cyclist, won it in 2018.

They won 6 times in 8 years, after never winning a race before.