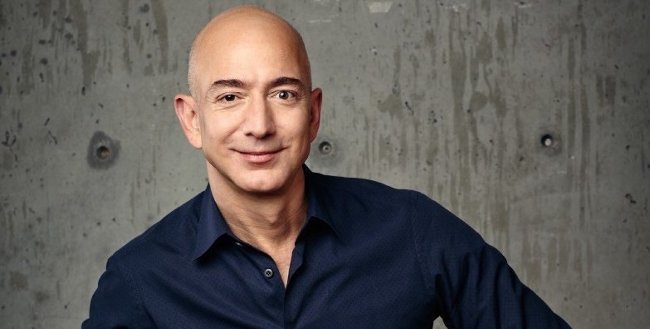 A lot has been written recently about how Jeff Bezos and his executives run their meetings. Amazon has made it very public that their senior team (the S Team) has banned PowerPoint, and that each meeting starts with a six-page narrative memo which the executives read and absorb for up to 30 minutes before the conversation starts. Sounds pretty good to me. But if you want to move to a Jeff Bezos–style executive meeting without PowerPoint and driven by a six-page narrative memo, you should be aware that most reports are glossing over the one element that could determine the success of the initiative: the narrative.

Let’s delve into how to craft an effective narrative memo. First, though, let’s look at why Bezos has taken this approach.

Jeff Bezos has for quite some time now – in fact, as far back as 2004 – deliberately avoided PowerPoint at his S Team meetings. And for good reason. A few years ago, Brad Porter, Amazon’s VP of Robotics, quoted Bezos on this:

‘The traditional kind of corporate meeting starts with a presentation. Somebody gets up in front of the room and presents with a PowerPoint presentation, some type of slide show. In our view you get very little information, you get bullet points. This is easy for the presenter, but difficult for the audience. And so instead, all of our meetings are structured around a six-page narrative memo … If you have a traditional PPT presentation, executives interrupt. If you read the whole six-page memo, on page 2 you have a question but on page 4 that question is answered.’

And here is the email Bezos sent back in 2004 announcing the decision to dump PPT from S Team meetings and explaining why:

All this resurfaced recently when Amazon filed its latest annual report with the US Securities and Exchange Commission, including a letter to shareholders that describes the narrative memo approach. The letter also contains an effective story about learning handstands that helps make a point about how Amazon learns and improves. Bezos or his comms people seem to have a good handle on story.

Most are skipping the narrative

The commentaries I’ve found on the web about the six-page memo mostly focus on the meeting process, such as reading the memo and the incisive questions asked by Bezos and his executives (I would hope they’d ask tough questions). Or they talk about the many hours it takes to create the memo, and how authorship is omitted from it, and the importance of having solid data in the appendices that back up the claims in the core six pages. Yet almost no-one has said anything about the narrative structure Bezos wants in his memos.

I think there are two reasons why narrative is missing from these accounts:

Why the narrative is important

Humans are prediction animals. We’re constantly working out what’s happening now, comparing it with our experience, and then predicting what might happen next, correcting ourselves when we’re off-course. We try to work out the causes and effects of all the things around us. Prediction helps us to act.

Prediction becomes much harder in large, complex systems like a company, especially one the size of Amazon. But Bezos’ executives still need to make decisions about the future, and so they marshal their own and their colleagues’ experiences and combine those with what’s provided in the six-page memo. With any luck, the memo draws out the causes and effects of what’s going on, the forces at play, and what other players might do – all so the decision-makers can predict what happens next and choose a course of action.

It turns out that these causal connections are best illustrated as a narrative.

Narrative shows a series of events, revealing how one impacts the next. The sort of language you hear in a narrative is ‘But then …’ and ‘Because of that …’ and ‘So now …’. The narrative becomes a container for what is happening and what might happen. It can also hold people’s opinions and points of view, so you might have language like ‘It’s my view that …’ and ‘I recommend …’.

Without the narrative, you just get a series of disconnected facts and opinions. Collectively, it won’t make sense.

I’m sure many memo authors fall into a narrative just by dint of needing to craft a persuasive piece of writing, but this is not guaranteed. It’s easier if the narrative structure is more visible to the memo crafters.

A simple narrative structure for a six-page memo

Here is an example of a simple narrative structure that will really help in the development and understanding of a memo, assisting decision-makers to work out what might come next:

So now we should do this …

In my book Putting Stories to Work, I call this a clarity story pattern. At Anecdote, we use this basic structure for the strategy stories that we do for companies like Shell, KPMG, Allianz and Chevron. It’s a deceptively simple story structure, but it really helps you tell people why something is happening, while providing a container for all the information and data needed to support a business case.

Often, when people hear the term ‘story’ or ‘narrative’, they think it means something that lacks data. To the contrary, a story is strengthened with data. The most compelling stories are replete with facts and details. If you are interested, I have written a piece on data storytelling that provides specific techniques for combining story and data.

The six-page narrative memo idea sounds like a good one to me. Greater understanding emerges from a group of people when they have to think through what something means, instead of having someone present to them what it means. I fear, however, that people will pick up Amazon’s approach and miss the opportunity to make it really meaningful by excluding the narrative structure. My hope is this little pointer will encourage you to delve deeper into the role story can play in helping executives make even better decisions. Because, as the great physicist Niels Bohr once said, ‘Prediction is very difficult, especially about the future’.