The Role of Storytelling in a Team of Teams 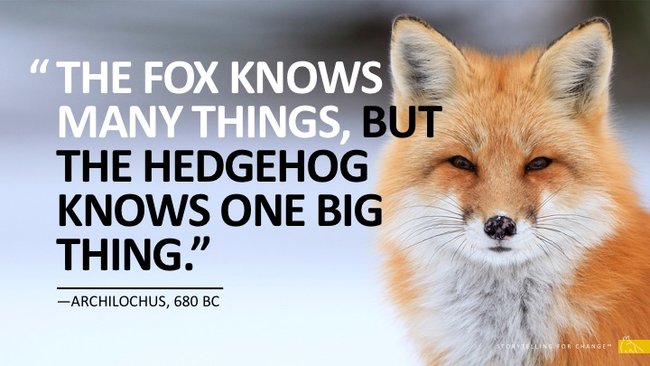 Four-star general Stanley McChrystal became the commander of US forces in Afghanistan in the mid-2000s. When he arrived in the country, he found the American military operating much as it always had, through command-and-control organisational structures. It didn’t take him long to figure out that wasn’t working against an enemy organised in flat networks that could adapt and reconfigure at a moment’s notice. So McChrystal restructured his forces into what he called a Team of Teams, which is the title of his 2015 book on the subject.

The principles of a Team of Teams are grounded in an understanding of complex versus complicated environments. A complex environment is where there are so many interconnected parts with non-linear relationships that it is impossible to predict with any certainty what might happen next. Cause and effect are intertwined and only make sense in hindsight. Complicated environments, on the other hand, can be pulled apart and analysed.

Human systems tend to be complex, whereas mechanical systems, such as the workings of the giant Airbus A380, are complicated. The Cynefin framework makes this distinction nicely. I have a minor YouTube hit with a simple explanation of the Cynefin framework which you might like to take a look at.

Companies have been quick to implement the ideas behind a Team of Teams, although to be frank it’s not easy. It requires culture change, even in modest-sized companies. But if you want to give it a try, here are some of the things to consider when implementing this approach.

Key elements of a Team of Teams

The first step involves structure. You have to move from a fixed hierarchy to a set of teams that interact in the same way people do inside a high-functioning team. This means, at a minimum,

How stories can help

You need to carry out three jobs to embed the Team of Teams approach:

Leadership expert Simon Sinek has shown the importance of starting the change process with the question ‘Why?’ If you answer this question using a story, people quickly get the cause-and-effect and, more importantly, take away the intended meaning. In the first paragraph of this post, for example, I told a short story about why Stanley McChrystal moved to the Team of Teams approach.

Each organisation needs to create its own version of this story. It’s best done by involving as many individuals in your company as possible, so that the maximum number of people understand and own the change story.

A few weeks back I worked with a group of executives at a large UK supermarket retailer at their learning academy just outside London. I was reminded of just how much retailers are numbers people who, at the same time, are in positions where they must influence thousands of employees. Everyone was a storyteller, but I needed to help them become systematic and purposeful in sharing their own experiences and those of their colleagues. Within a couple of days, their story switches were on and they were all actively looking for stories to tell.

If you want to change a workplace culture, you need to change the stories within the workplace. Now you could just leave that to chance and see what stories emerge. Or you could develop a process where, across all the teams and on a regular basis, stories are shared and discussed that illustrate what ‘good’ looks like. The great thing about stories is that they are not directives or checklists. Instead, they illustrate a pattern of behaviour which people can choose to copy and modify for their own purposes.

Of course, this approach is relevant to any change you are introducing. The more stories you get into the system, the more concrete and real the change will feel for all involved. You will quickly move away from corporate doublespeak to people authentically talking to each other and sharing real-life examples.

1. If you want a simple tool to assess how well connected your teams are then I recommend you check out www.evalu8ing.com

To change a culture you need to change the stories told. Learn how Anecdote can help you do this