How we took business storytelling global at the ATD Conference 2017 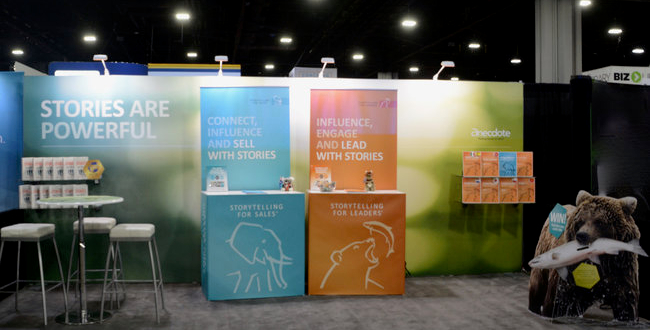 Last month, Mark, Shelley and I boarded a plane flying from Melbourne to Sydney, the first of three flights that would eventually lead us to hot and humid Atlanta. The city was hosting the 2017 Association for Talent Development International Conference and Exhibition, where an Anecdote booth was to feature for the first time. International conferences such as this are a fantastic opportunity for us to make sure that we’re delivering on our mission to bring humanity to workplaces all over the world, not just in Australia.

After arriving and setting up over a weekend, we headed over to the Georgia World Congress Center on the Monday morning, ready to brave the 10,000 conference attendees for the first time. While Mark and Shelley added the finishing touches to our booth and made sure that our bear hadn’t run off, I attended the keynote address delivered by Mark and Scott Kelly – twins who are astronauts for NASA. 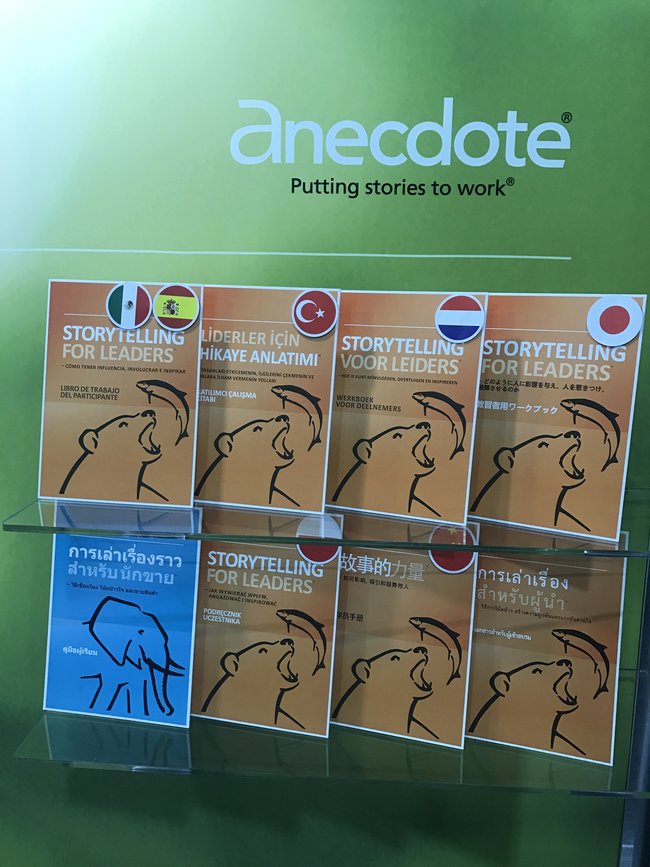 Storytelling featured in the keynote address

It was a fantastic session, and I left feeling motivated, rejuvenated and ready to smash the conference. So what was the Kelly brothers’ secret? Well, they didn’t rely on any fancy special effects, music or props to make the talk so inspiring. Instead, they just stood on stage, side by side, and simply told story after story to hone in on their points.

One story that stood out for me was told by Mark Kelly. He explained that when he left university, he joined the US Air Force and began training to become a fighter pilot. One of the tests you have to complete to become qualified is to land an aircraft on a ship. When it came to Mark’s turn to do so, he missed the landing and ended up back in the air again. The second time he tried, the same thing happened. The third time, again, no luck. The fourth time he failed, one of the crew on the ship was so pissed off that they actually flipped the bird at Kelly as he took off into the air again.

He finally managed it on the fifth attempt. After landing, he went to see his commander, who looked at Kelly and said, ‘Are you sure you want to do this? I have never seen anybody so bad at this in my life’.

Considering Mark Kelly is now an astronaut, I’d say he’s come a pretty long way since that pilot test, and that he was right to stick at what he was doing! Thanks to this and other anecdotes, I left the keynote with a clear picture in my mind of the Kelly brothers’ main message – keep going, because even if you aren’t the best at the beginning, you’ll get there in the end. Did the Kellys come right out and say that? No, they didn’t. Instead, they gave examples to help me form the message in my own head – and I can remember the point clearly because it was delivered in story form.

Thanks to the nature of that keynote, I had a fantastic way to open up conversations with the people who came to see us at the booth. Anyone who had seen the session, when questioned, could remember the Kelly stories. Only about one in ten people, however, could remember straight facts the astronauts shared, such as how many kilometres per hour Mark Kelly was travelling when he tried to land his plane on that ship.

At the Anecdote booth, I was inspired to see how many people were intrigued by what we do. When I worked with our designer Kerenza on the look of our booth, we agreed that we wanted simple and clear messaging. The only text we displayed on our backdrop was the line ‘Stories are powerful’. It was fantastic to hear from so many people about how stories have changed the way they do things within the workplace. 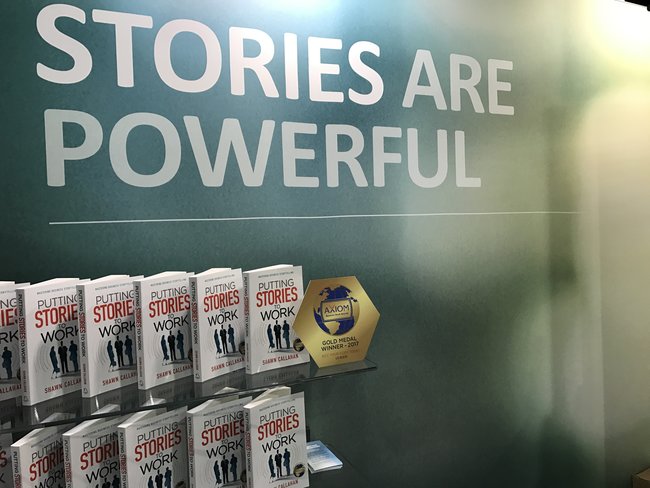 Over the next couple of days, our booth was packed with people who wanted to learn how to incorporate business storytelling into their workplaces, as well as people who simply wanted to share their experiences with storytelling. We met some fantastic individuals, and as a result we now have 11 possible new Partners and many strong leads. We were also grateful that one of our wonderful Partners based in the US, Jim Signorelli, came along for a day to share the event with us.

After lots of talking, coffee and koalas, the conference came to an end on the Wednesday. Attending ATD emphasised to us that stories are global – no matter where you are in the world, stories are a valuable, meaningful tool.

Well defined processes to make your strategy stick, training programs to build your story skills and a process to ensure stories are shared regularly. Learn how Anecdote can help your business

Lucy helps Anecdote tell our story to the world, through marketing and social media. She also supports our global Partner network in their quest to bring storytelling into business.