Don’t try to change someone’s mind, do this instead 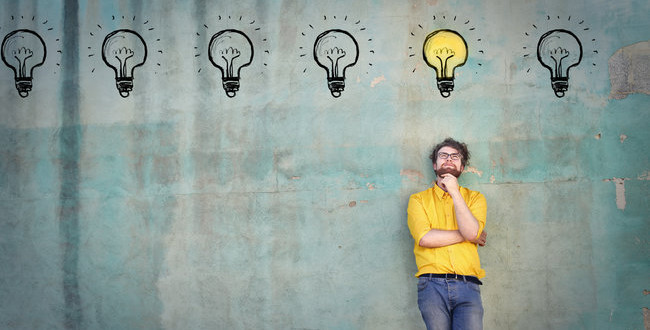 Last month, The New Yorker published an article called ‘Why facts don’t change our minds’, in which the author, Elizabeth Kolbert, reviews some research showing that even ‘reasonable-seeming people are often totally irrational’. Kolbert’s popular article makes a good case for the idea that if you want to change someone’s mind about something, facts may not help you.

But it also leaves the reader with the tantalising question: So how can you get someone to change their mind?

Should you even bother to try?

I’m sure you will agree that it’s very hard to encourage someone to change their mind if they already have a strong story – or more likely an ecosystem of reinforcing stories – about the topic at hand. For example, late last year, an American I know very well told me that after having twice voted for Obama, he was going to switch parties and vote for Trump. When I questioned his reasoning (big mistake), he told me a litany of stories supporting his view that Clinton was a poor choice and Trump would be better for business and the country.

No matter what story I told to counter his view, he could tell another that seemed to him more relevant and plausible.

Now while it’s true that you can’t beat a story with facts, only with a better story, it’s also true that when the stories are evenly matched, minds don’t change. The only chance you have is to help the person you are trying to persuade to have a new experience so they can create a new story for themselves.

Stories are deeply ingrained in the mind

A few years ago I gave a talk at Melbourne University on collaboration. One of the principles of good collaboration is giving open and honest feedback, and doing so with respect. As I shared this with a group of about 100 professors, I could see a woman at the back of the venue, arms crossed, shaking her head and mouthing ‘Bull-shit!’. It was hard to ignore, so I said to the woman, ‘I can see you don’t quite agree with what I’ve said …’ Before I could finish my sentence, she told the group, ‘I did that once and I had to move departments’.

It was clear her story was deeply ingrained and no amount of clever talk or relevant counter-stories was going to change her mind. The only way to help her make a shift in thinking would have been to organise a conversation with another professor to whom she could give open and honest feedback, and for them to take on what she said. Of course, she most likely would have seen that first encounter as an anomaly, so multiple encounters with this sort of positive outcome would be needed before a new story would be written in her mind.

As you can see, that’s pretty tough work. That’s why political campaigns don’t put too much effort into changing minds. They focus on shaping minds that don’t yet have a story written in them.

Shaping minds with the right stories

This is why it’s so important for leaders to share the stories that matter in their organisation, so that unhelpful stories don’t rush in to fill the void. Our default way of speaking in companies is to give an opinion, but what people are really looking for are experiences: What happened? What’s happening now? What will happen? Once such questions are answered, then based on this knowledge, everyone can decide how to respond, how to survive, how to thrive.

Imagine your company has chosen to embrace customer-centricity as the way to compete and win in your industry. But most of your people don’t really know what this is, much less have a view about whether it’s a good idea.

Rather than try to convince them with reason and facts – as Kolbert has shown, facts don’t change our mind – it’s time to systematically find and share stories that illustrate what customer-centricity looks like, the benefits that it brings, and how it actually works in practice in your organisation. The first story cuts the deepest. First impressions count. So make sure that first customer-centricity story makes the point well, that it resonates.

Then keep finding and sharing stories so that an ecosystem of reinforcing stories emerges and eventually becomes the new thinking: ‘That’s just how we do things around here’.

To make your strategy stick, you need lots of stories for people to tell that illustrate the strategy in action. At Anecdote, we can set up a process that fits in with how you work. Learn more here