How management by wandering around (MBWA) helps with change management 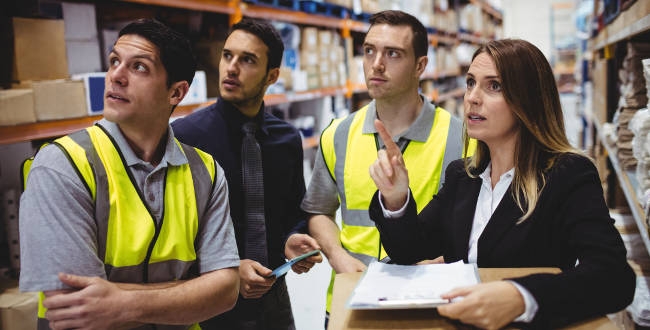 When I was doing my first degree back in the late 1970s, one of the very important – and simple – techniques for being a more effective manager was known as ‘management by wandering around’ (MBWA). The essence of MBWA is to get up from behind your desk – which managers often think of as their ‘command console’ – and go out and actually talk to staff in the workplace. It’s a technique I’ve used throughout my career.

It’s amazing what you find out when you talk to people at the place where they are doing their job, rather than in your own office. Equally amazing to me is the discovery, through the many leadership programs I have run, that so many managers find this concept a revelation when I describe it to them. MBWA provides managers with insights as well as triggering new stories in the workplace. This is particularly relevant in change management.

Last week I was talking to a very experienced change manager who has been involved in many IT implementations. A key ‘anti-story’ that surfaces when a new IT system is implemented is that the project management team don’t understand what it’s like at the coalface, and consequently they implement systems that are impractical. The change manager gave me two examples of how MBWA can change this:

We were implementing an ERP [enterprise resource planning] system for a frozen goods manufacturer in New Zealand. I spent several days alongside the workers, which involved getting dressed up like an Eskimo and spending hours inside enormous freezers, organising and counting stock. To make this job quicker and easier, the project had implemented RFID [radio-frequency identification] technology. Workers had handheld devices that scanned stock and only required minimal keystrokes. The problem was that the devices were very small and couldn’t be operated while wearing gloves. I noticed that every time a worker needed to use the keypad, they’d take off their gloves, make the entry, then quickly put their gloves back on – not surprising, given the temperature in the freezer was about −20°C. The net result was that the process took longer than it had in the past. The workers’ complaints that the project team didn’t understand what it was like at the coalface were completely justified. It was only by spending time at the coalface that we found this out and could do something about it. The simple act of MBWA had triggered a new story about the project.

Another example was when we implemented a cloud-based ERP system for a major retailer. One of the challenges of this project was figuring out what to do with the massive amounts of data available to the retailer. I spent several early mornings with the retailer’s seafood buyers at the Sydney Fish Market. This involved being at the markets at 4 a.m., something I definitely did not want to do. But I saw the buyers moving through the markets looking for value, and using iPads to search through numerous applications to determine what quantities were needed and where. I realised that using cloud-based analytics would provide a much faster and more accurate solution for the seafood buyers. Again, these buyers had been very resistant to the project until I spent time with them.

So if you are a change manager working on a project, you might consider using more MBWA in your change-management practice. It’s likely you’ll get valuable insights, and just by being out there at the coalface, you’ll help tackle one of the key sources of change resistance (anti-stories) – that the project team doesn’t understand what it’s like at the front line.

To be an effective business storyteller requires practice.  Anecdote’s programs are designed to work in a no-nonsense way in a business setting, you can learn more about them here