Getting things done with a Bullet Journal

I’m a fan of the Getting Things Done time-management methodology, the one David Allen first suggested in his 2001 book of the same name. Its main tenet is to get things out of your head – ideas, plans, appointments, interesting snippets – by jotting them down and, where necessary, making them actionable. The thing is, though, I struggle when it comes to taking notes, both in how I record them and how I organise them. I’m basically bad at it.

That’s why I’m always on the lookout for good note-taking systems. In fact, I’m in the early days of trying out a newish paper-based approach called a Bullet Journal. 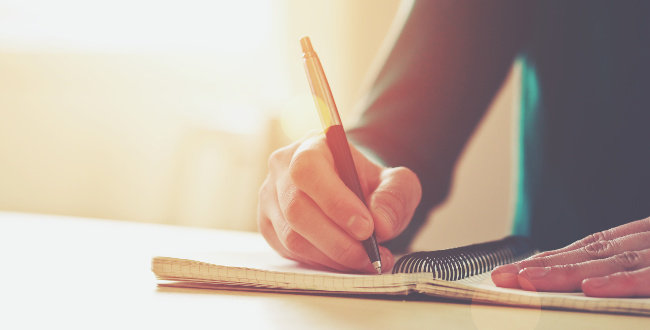 What is the Bullet Journal?

The basic idea behind the Bullet Journal is to let you capture ideas as quickly as possible, an approach its creator calls rapid logging. After scribbling the date and perhaps a topic heading, you record ideas in short phrases and put each of them in one of three categories – a task, event or note – using a ‘bullet list’ system of dots, circles and dashes.

You then use additional symbols to modify each item as needed, such as an asterisk to highlight a priority task, or a cross to flag a completed task. These lists are then organised using various ‘modules’: an index; a so-called future log, where you collect things you’ve either scheduled way in advance (at least several months) or are yet to schedule; and finally, monthly and daily logs that tell you what’s coming up in those time frames.

Of course, you don’t need to follow this stuff to the letter. One of the attractions of this system is its customisability. In my case, I use some of the basic bullets but throw in my own preferences as well – for example, underlining material I want to revisit in red. I also don’t bother with a future log but instead transfer those notations to OmniFocus. And perhaps most importantly, I mark stories I discover with a little ‘s’. It the story is a good one I move it to my story bank in Evernote.

If you want a taste of the enthusiasm with which some people personalise their Bullet Journals, just check out the many thousands of images on the subject that have been posted on Instagram.

At this point, you may be wondering what’s wrong with just sticking to OmniFocus, or Evernote, or the calendar on your smartphone. Why should you use an old-fashioned pen-and-paper set-up when you can do everything digitally, without lugging around a journal? And that is the only option with a Bullet Journal, for now anyway – a dedicated app is yet to appear on the horizon.

Bullet Journal is the analog system for the digital age

To me, the appeal of the Bullet Journal is its low-key nature. I’ve always felt that it’s a bit rude to tap away on my phone or throw open my laptop in a meeting, whereas writing stuff down on a notepad has always felt perfectly acceptable. I also find journalising much faster than firing my thumbs over a small screen, and the short-entry format keeps me focused on the key ideas.

And I like the feel of a pen or pencil in my hand with a sheet of paper underneath, and the act of committing something to paper instead of having it disappear into an electronic device. There’s something about doing this that makes me really feel like I’m creating meaning out of what’s happening around me.

Try the Bullet Journal yourself and let me know what you think.