The value of a pause in changing people’s minds

I recently attended my local IABC chapter’s 2016 kick-off event, talk55. Twelve speakers had five minutes each to share an idea using only five slides. I shared five tips for business storytelling. Here are my slides. 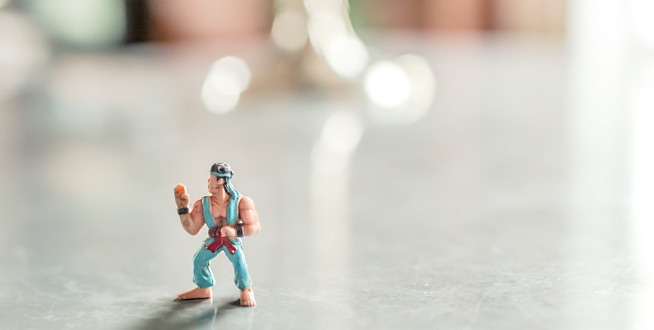 At the networking drinks after the talks I met Tim Reid, a towering figure with a chiselled jaw who hosts a podcast called Small Business Big Marketing. We got talking about lots of interesting things and I shared with him my view that advising someone who is just starting out in their career to follow their passion is seriously unhelpful advice (I’ve since heard comedian Tim Minchin and author Cal Newport express similar points of view). This is because the reality is quite the opposite. You start working. You do good work. People begin to recognise your good work and praise you. You like the praise and in turn you like the work more. If the work is valuable, you do more of it. This cycle continues until you have a passion for the work. Passion emerges from good work.

Tim listened carefully but didn’t comment. We spoke for another five minutes or so and it was only then that he said, ‘I was just thinking about what you said about people following their passion. I think both perspectives could be true. For example, you could be a young fella who loves rocks and dinosaurs and reads all about how the planets were formed. It’s your passion. You go on to study geology at uni and get a PhD and spend the rest of your life prospecting across Australia, loving it. Surely this is a case of someone following their passion’.

Later, I thought about how the conversation might have gone had Tim not paused for those five minutes before giving his alternative perspective. If he’d said, right after I finished sharing my viewpoint, ‘I don’t think that’s entirely right. What if a kid loves rocks and dinosaurs …’, there would’ve been a good chance I’d have resisted his counter-view. We might have had an argument.

The same might be said for how you counter an anti-story. If you hear a story that’s causing you or your organisation pain, it’s probably not a great idea to immediately counter it with a better story. Instead, pause and listen some more. Only when you have a good understanding of where someone is coming from should you try to counter misinformation or misunderstandings.

Also, by thoughtfully listening to my view on the futility of passion and gently sharing an alternative view – which, by the way, was done with a mini story – Tim built rapport and increased his status. Adam Grant, in his new book Originals, makes the case that people with original ideas need to build their status before exercising power; that is, speaking out and promoting their point of view. I wish I’d understood that when I worked in corporations.

We are often too quick to respond. I know I do this. But if your aim is to influence and persuade, then the judicious use of a pause could be vital in helping your ideas to stick.