In 2009, three Queensland government departments were merged into one mega-department. Anecdote was working with the senior leadership team to communicate their new strategy and help make it stick. A key aspect of the new strategy was to integrate the previously separate departments into a single, unified team. When we spoke to staff about integration, many of them referred to ‘the next divorce’. We learned that in the early 1990’s the same three departments had been merged into a single organization. The integration didn’t work, and a few years later the departments were separated again. So, talking about ‘integration’ triggered them to think of the previous ‘divorce’.  It was seriously undermining the new strategy. 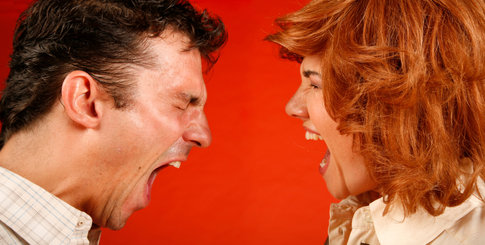 At Anecdote, much of our work is focused on making strategies stick. We do this by converting business strategies into understandable, memorable and influential stories. In every organisation we work with we find entrenched views – pre-existing beliefs and perceptions – that work against the new strategy. The view that there was bound to be another ‘divorce’ described in the previous paragraph is an example. We call these beliefs and perceptions ‘anti-stories’.

To successfully execute your strategy you need to identify and tackle these anti-stories.

This series of three posts summarises some of our experiences and ideas on doing just that.

The standard approach to changing people’s minds is to find and communicate an appropriate argument to convince them. If that doesn’t work, we look for an even more convincing argument. We have chosen the term anti-story carefully. It reminds us that that when people have a story in their heads, rational arguments generally don’t cut the mustard.

An even less successful strategy is to simply assert something. “The management team are here to support you” might sound good to the speaker…it might even be true. But if there is doubt in people’s minds about this it’s almost certain they will dismiss the assertion as ‘BS’.

You can’t fight a story with a fact, only with a better story. We have a few ideas of alternative strategies to influence people to be open to thinking differently.

The good news is that once you have identified the anti-stories, tackling them can be relatively simple.

This first post deals with some of the general strategies for dealing with anti-stories. The second post will cover some specific ways of tackling them. The third in this series deals with figuring out what the anti-stories are that you will need to deal with.

In June 2011, just months before he passed away, Steve Jobs introduced iCloud at Apple’s WorldWide Developers Conference. After explaining the iCloud concept, Apple’s ‘next big thing’, Jobs said, “Now, you might ask, ‘Why should I believe them? They’re the ones that brought me MobileMe!’”

The audience broke into laughter because they all knew what he meant. MobileMe had failed to live up to Apple’s reputation for user-friendliness and it had many glitches. Jobs continued: “It wasn’t our finest hour. Let me just say that. But we’ve learned a lot.”

Ignoring or denying an anti-story only increases its power; it’s like pouring petrol on a fire. The anti-story becomes even more difficult to dislodge. It often has two unwanted effects:

Perhaps the simplest and most powerful approach to tackling an anti story is to acknowledge it, just as Steve Jobs did with MobileMe. Simple statements can be very effective:

If there is a well-known incident or event that underpins the anti-story, you can take the heat out of it by mentioning it. Here is a simple example of this approach.

The next step is to provide a positive example that illustrates that partnering can work. We’ll cover this in part 2 of this series when we deal with specific strategies.

Humour – in particular, satire – can work to your advantage and tackle those stories that are working or pushing against your strategy.

In 1992 the USA was in the early stages of their presidential campaign. Incumbent George H.W. Bush relentlessly attacked Hillary Clinton and labelled her unsuitable as a First Lady because she admitted she hadn’t spent her entire adult life baking cookies. The attacks from the White House ended when the Clinton campaign responded with, “George Bush isn’t running for President – apparently he’s campaigning to become First Lady.”

The MobileMe anti-story also used humour to its benefit when Steve Jobs said with a light touch of self-deprecation said, “Now, you might ask, ‘Why should I believe them? They’re the ones that brought me MobileMe!’”

Your character can be a valuable asset when seeking to influence people. But it’s an asset that is often under-utilised.

In September 2011 we ran our Storytelling for Leaders workshop in Singapore. One of the participants shared the following story that illustrates how seemingly ordinary moments can reveal a lot about someone’s character and influence people to trust you.

Glenn was a HR manager in charge of merging two organisations in Mumbai, India. This required all the employees of one organisation to resign and then sign new employment contracts with the other.

There was much worry and consternation about this. The thought of resigning from their long-term employer felt like a big decision to the employees that were affected, even though they had been assured there would be no change in their pay or conditions. They just didn’t have enough trust that the new organisation would do the right thing. A meeting of all the staff was organised to get them on board.

Glenn found himself looking at the slide pack he’d been given to share with the employees. He felt it lacked soul and wondered how he might do a better job. Then on his way to the meeting, he noticed a young boy, perhaps five or six years old, walking towards him. The boy was wearing a backpack and had a bag of groceries in one hand and a tin of eggs in the other. He was clearly struggling to carry his goods home to his family.

Glenn went to help the boy, offering to carry his eggs. The boy was obviously anxious and looked frightened as Glenn approached; he was worried Glenn might steal his eggs, or drop them. But with gentle reassurance, Glenn convinced the boy to let him help.

They walked together to the boy’s home, where his mum was waiting at the front door. She also looked anxious to see her son with a strange, tall, white man. But then Glenn handed the eggs to the boy, who smiled and skipped inside, handing his parcels to his mum.

Glenn arrived at the meeting, where all the employees had gathered to hear him speak. He started his talk by telling a story about the boy he had just met. He finished by saying: “You also might feel anxious or even frightened, like that little boy. But I can assure you that I’m here to help you. You will have the same conditions as before.”

All the employees resigned from their company and signed the new contract of employment.

Think back on a time when a situation had a big impact on you and share it with your team.

You might be surprised at the response when you come across as a person rather than ‘management’.

There is no single solution to dispelling an anti-story, however these general approaches will help you in many circumstances.

Our next post examines some of the specific examples of how to find and use stories to combat the anti-story you are tackling. It will give you some extra tools in your anti-story toolbox. The final post will cover the important task of finding and prioritizing the anti-stories your strategy might be facing.

You can read Part 2 here