Lou Hoffman’s blog, Ishmael’s Corner, has been one of my favourites for as long as I can remember. He’s a wonderful writer who understands business storytelling deeply.

And over the years we’ve exchanged tweets but never met until recently when one of those tweets led to a phone conversation about, of all things, measuring the impact of story work.

At least that’s how we started the conversation. The time flew by in that first chat and at the end one of the things we agreed was to share some of our blog posts with each other’s audiences. We’re planning to do that about once a month.

So this is Lou’s first posting on Anecdote. Lou shared my post about The Big Short last week. Let me know what you think and I hope you enjoy Lou’s wit and insight as much as I do. 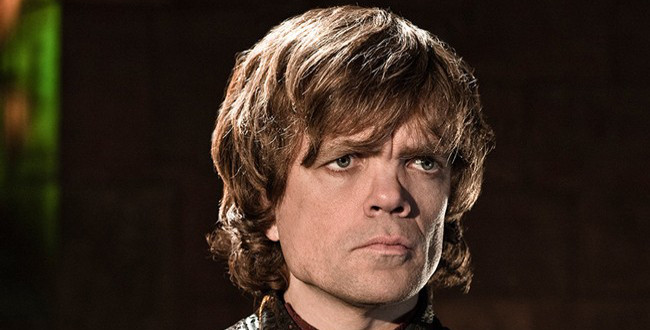 Even if you’re not a Game of Thrones fan — must be a few lawyers out there who quibble with their court system — one can only  marvel at Tyrion’s sales pitch to Daenerys (season 5, episode 8) as he jockeys for the top advisor role.

It is sheer genius and case study in persuasive language.

Nothing wins over an audience like an individual alone on stage expressing his or her viewpoint with utter conviction.

After shooting an arrow through his dad’s chest put a damper on his career in the House of Lannister, Tyrion has a chance to reinvent himself as a counselor to the one ruler on a roll. If this was a corporate setting, Tyrion would power up the requisite powerpoint deck and walk the queen through the slides that make a case for “why me.”

Instead, Tyrion stands alone (at this point Jorah has taken on the characteristics of wall paper).

His choice of words and the delivery of those words will either win the day or he’ll end up in the fighting pits where his physical stature doesn’t portend a happy ending.

The scene offers a reminder that when 100 percent of the focus lies on the speaker, the underpinnings of persuasive communications, body language, the inflection of a word or phrase and the silent pause all take on greater effect.

You can watch Tyrion in action in this video.

For my money, this passage is up there with Winston Churchill’s first speech as Britain’s prime minister and the Tom Cruise scene in Jerry Maguire, “Help Me Help You.”

Look at how Tyrion turns around the balance power right from the start when Daenerys asks, “How do I know you are who you say you are?”

Rather than answer with a logical explanation, he responds with five simple words, “If only I was otherwise.” The words take on the tone of someone talking about weather. He recognizes that Daenerys is the one a bit unnerved. I mean c’mon. How many four foot five men are running around Westeros trying to crack a royal circle? And she knows that he knows which is why she so quickly follows up with the “then why shouldn’t I kill you for what your family did to mine” question.

When Daenerys says “So I should welcome you into my service because you murdered members of your own family?” Tyrion depends on an extra beat between the words “in” “to” “your” “service” before deploying reverse psychology with the line, “Your grace, we’ve only just met. It’s too soon to know if you deserve my service”

As he takes control during his soliloquy, I particularly liked the understated narration when noting that “she was eventually sold off to some war lord on the edge of the world …” In fact, if you go to 1:25 on the video you’ll see Daenerys’ lips ever-so-slightly quiver upon hearing this.

I could go on and on.

In contrast, this is what the same communications would have looked like in Powerpoint form.

He has some fun with language.

The anticipation of what she’s thinking and addressing these issues head on is effective.

Nice touch with the visual storytelling, particularly in explaining how the “bad guy problem is only getting worse.”

There’s even a little levity in the deck.

Would the slide presentation have also earned Tyrion a place at Daenerys’s side as an advisor?

Nothing wins over an audience like an individual alone on stage expressing his or her viewpoint with utter conviction.

Yet, there’s no question the most persuasive of the two techniques came from Tyrion standing alone, dependent on choice of words and delivery on those words.

But there are select times when you might consider going it alone.