How to craft effective success stories

Many large companies spend considerable resources on compiling case studies to document their successes; whole teams can be dedicated to this. The idea is a simple one. When it comes to the outcomes you’re selling, prospects will want to know whether you’ve actually achieved these before, and case studies can serve as evidence of this. 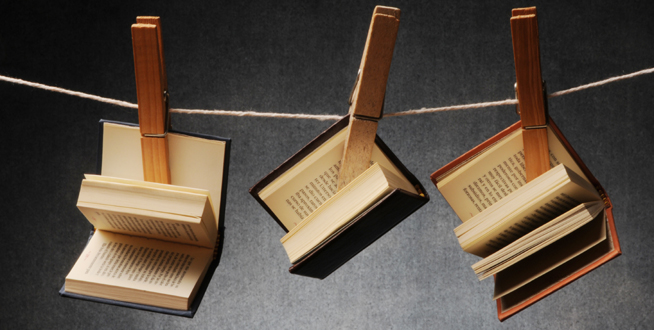 Sadly, however, most of the effort that goes into producing them is wasted. Sure, you can just slide a brochure across the table to your customer, one that spells out your past successes, but truthfully, what are the chances of the customer reading it? Wouldn’t it be better if you could just tell the story of your success and then talk about it with your prospect?

You might think that you can do this with case studies, but they are notoriously difficult to weave into a conversation because the format is designed to be shared as a written document. Rather, you need to transform your case studies into success stories. To do this, you need to overcome two challenges.

Firstly, a case study is often told from the perspective of a company, which is far less interesting and insightful than a story told from an individual’s perspective. Humans are rarely fascinated by what Company X did for Company Y. But we can be captivated by what a person in Company X did to help solve a problem faced by a person in Company Y, especially if we can identify with the people involved.

People like to find connections on a personal level. It’s at this human level that we feel emotions, and as all we know, people are inspired to act in large part by what they feel. Therefore, success stories are about people and are told at that human level.

Unfortunately, introducing a personal perspective is not that easy. Case studies rarely contain information about people. To turn them into effective success stories, you need to know someone who was involved in the event in question and who can fill you in on all the people involved. Better yet, redesign your case study process to include this information in the first place.

This raises another issue: whether to include people’s names. People come and go from organisations, so do we really want to mention specific names? Won’t we risk dating our stories if those people are no longer around?

Furthermore, it can be hard to get permission to use specific names – in many cases, the answer will be ‘No thanks’. The solution is to use roles and pseudonyms instead of names.

For example, if your success story is about the sale of a sophisticated scheduling system that was created in response to the CIO feeling the pain of her staff laboriously working out the schedules each week on spreadsheets, you might introduce that manager in this way: ‘Company X’s CIO, let’s call her Sarah, faced a problem …’ Referring to the CIO as Sarah keeps the story at the human level, does not violate anyone’s privacy, and makes the story immune to changing personnel. People won’t care that the name used is not a real one as long as they know the name isn’t real.

The second challenge involves how case studies are typically structured. They often follow this format: What was the problem the company faced? What was the solution we provided? And finally, what was the outcome we delivered? Now that all sounds logical and well reasoned, but it’s clearly not a narrative structure – it’s not a story.

To translate a case study into a success story, we’d need to extract the essential information and rearrange it into a series of events that illustrate cause and effect, and which ideally offer a surprise or other emotional connection so that we care about what’s being said. The typical case study also has a lot of information than you can easily talk about, so you’d need to decide which parts of the story your customer really needs to know.

How to Craft effective Success Stories

Some years ago I discovered Lee LeFever’s series of videos that simply explain the basics of technologies everyone uses on the web, such as wikis, twitter and RSS. Whenever someone wanted to know about wikis, for instance, I would send them a link to LeFever’s wiki video. So when I heard he had written a book, The Art of Explanation, I snapped it up on my Kindle. LeFever explains in his book that at the core of many of his successful videos is this basic story structure:

Bob has a problem that makes him feel bad.

Now Bob has found a solution, and he feels good.

As soon as I read this tongue-in-cheek tale of the travails of Bob, I knew it would make a terrific, simple structure for success stories. Let’s unpack the structure to see why it works so well.

Your story starts by introducing the person at its heart (Bob) and describing how they’re just like your listeners. Remember that people are most influenced by those who are just like them, which is why you share the person’s name and emphasise their familiar role, background or interest. So if your listeners are senior IT folk, they are probably going to be interested in a success story about a CIO’s attempts, for example, to implement a new online ticketing system.

The key to the second line is the word ‘feel’. It’s vital that your success story illustrates your protagonist’s feelings so that the audience can imagine feeling that way too. Taking the ticketing system scenario, you could relate how the old system crashed at inopportune times and the CIO was embarrassed. Embarrassment is a highly motivating feeling in organisations – no-one wants to feel embarrassed.

Next, you focus on the feelings of your protagonist after their problem is solved. Describe how the CIO led a rigorous selection process and implemented a state-of-the-art ticketing system. Say that a weight has now been lifted off the shoulders of the CIO, who is proud of the work his people did and of the difference the new system has made to the business.

The content of the last line is inferred. This is the tacit idea you want your audience to be thinking at the end of the success story. Remember, we are moved by emotion.

When you get started with your success stories, you will most likely state the emotions your protagonist felt: he was embarrassed; he was proud. But over time you’ll learn that your story is even more powerful if your audience can work out the person’s emotions for themselves based on their actions. Here’s how you might tell the ticketing story to a CIO you are calling on:

… Actually, we did a similar project for another company last year. Their CIO, let’s call him Bob, had done an amazing job transforming their IT function, but he still had one system that was giving him grief.

Their online ticketing system had been in place for 15 years and it was showing its age. The straw that broke the camel’s back was a routine update which made all of Bob’s ticket machines eat the passengers’ tickets but not release the gate. It was rectified quickly, but just the thought of this debacle sent a flush of red through Bob’s face.

He needed to switch to a new system seamlessly, and fast. That’s where we came in. We completed the project in 18 months and under budget. I remember walking into Bob’s office after it was all done and he just sat there quietly, smiling, then said, ‘We did it’. It was a great project for us.

You can see how in this version of the story, the emotions are not made explicit, yet we know how Bob was feeling before and after the project. Who wouldn’t want to work with a team who could make you feel like that?

As Dan Pink points out in To Sell Is Human, we are all selling something, whether it’s a product, a service, an idea, even when cajoling your kids to study. And whenever we’re selling, we need success stories in our back pocket which we can pull out whenever they are needed.

Knowing that others have successfully done what they are setting out to do is a powerful motivator for a prospect. And if you can clearly describe your role in this, it gets you high esteem.