How to trigger the retelling of foundation stories

I was reminded of this on a recent trip to the capital of Mexico, where I came across two of the country’s foundation stories.

Walking through Chapultepec Park in Mexico City, the garden paths lined with street sellers calling our their bargains, it’s hard to imagine that the castle at its centre was the scene of a bloody battle back in September 1847. 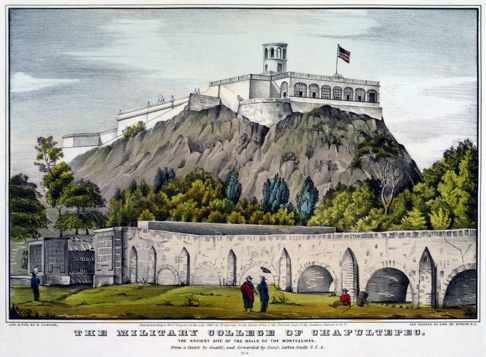 At the height of the Mexican–American War, during the siege of Mexico City, the US Marines decided they had to control Chapultepec Castle. At that time the castle was a military academy, and the soldiers in training, some as young as 13, formed part of its 400-strong defence force.

The Mexicans did their very best to hold their ground, but it soon became clear that it was a hopeless fight and their commander ordered a retreat. However, six brave cadets, known today in Mexico as Los Niños Héroes (the boy heroes), ignored the order and instead fought to their deaths.

One of the boys, Juan Escutia, intent on stopping the Americans from capturing the Mexican flag, wrapped himself in the cloth and took a fatal jump from a wall of the castle. The ceiling of the castle’s entranceway now has a mural commemorating this event. 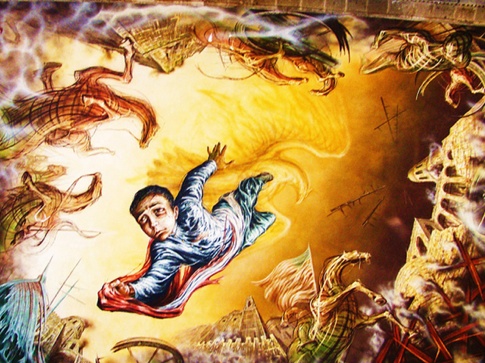 Many a Mexican sixth-grader is told this story on a school trip to Castello de Chapultepec. It’s a Mexican foundation story that anyone in the country can tell you, off the top of their head, without PowerPoint slides.

Basilica of Our Lady of Guadalupe

On the northern outskirts of Mexico City is the Basilica of Our Lady of Guadalupe. My friends and business partners Andrés Oliveros and Oscar Ramerez, from Astrolab, showed me around this remarkable collection of religious buildings, and introduced me to its seminal story.

Back in the 1500s, the Spanish established missions across Mexico. One of the missions was near where the Basilica of Our Lady of Guadalupe now stands. There, each day, a bishop administered religious instruction to the locals.

One day, a local man named Juan Diego Cuauhtlatoatzin was walking home when on the path before him appeared a vision of Mary. She asked Juan to approach the bishop about building a chapel in her name on that very spot. Juan reported what he’d seen to the bishop, but while the clergyman said he would think about the idea, it was obvious he didn’t really believe Juan.

On his way back home, Juan again saw a vision of Mary. He told her he’d failed and suggested she get someone more important than him to deliver her message to the bishop. But she replied, ‘No, I want you’. Juan returned to the bishop and repeated Mary’s request. This time the bishop said he needed a sign to know it had been a true sighting of Mary.

Heading home, Juan again saw Mary, who instructed him to go up a nearby hill and collect some roses. Juan was doubtful. He knew that the hilltop was barren and desolate – only cacti grew there. But to his surprise, upon climbing the hill, he found a bed of roses. Using his tunic as a carry bag, he took them back to Mary, who asked him to offer them to the bishop. As Juan entered the mission he opened his tunic and the roses tumbled to the ground, revealing an image of Mary on his shirt. The bishop, realising this was the promised sign, immediately ordered the building of what would be called the Basilica of Our Lady of Guadalupe.

When you visit the basilica today, you can see several statues that depict this story. You can also see the tunic on which it’s said the image of Mary appeared; it adorns the back wall of the altar. But while the church contains reminders of its foundation story, the artworks and relics do not spell it out. Nor are there any videos or brochures doing this. To learn this story, people have to tell it to you – just as Andrés and Oscar told me, and just as other people were doing all around us. 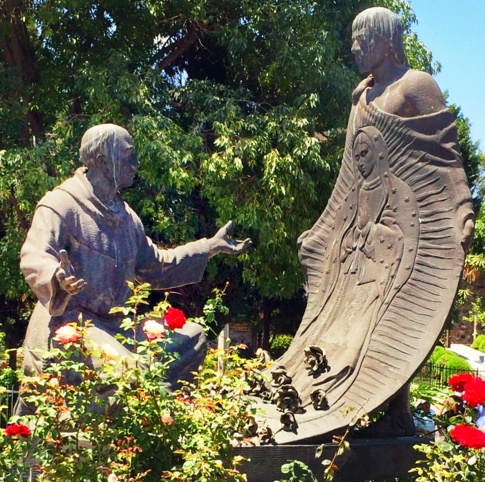 Helping stories to be retold

Companies can learn a lot from these two examples. Instead of creating elaborate time lines in their foyers or commissioning books detailing their corporate histories, they should be amplifying their foundation stories, creating contexts in which the oral story is retold – like the viewing of the mural in the castle and the statues in the church.

Perhaps if they did, they might each have a history as long and venerated as that of the Castello de Chapultepec and the Basilica of Our Lady of Guadalupe.

Comments Off on How to trigger the retelling of foundation stories