Autonomy is a motivating force – for family and work

In July my family went to Germany for a holiday – a camping trip to Potsdam, near Berlin. My wife Anouk and I had decided beforehand that we wanted to teach our children, Anemoon (aged 7) and Jasmijn (aged 4), something about how to handle money. So we gave the kids 10 euros each, to be spent at their discretion.

One rainy day during our trip, we visited the Sea Life aquarium in Berlin. It was a beautiful experience – Anouk and I loved it, as did the children. Except that at the end of the visit we inevitably found ourselves in a souvenir shop, full of garbage. I immediately walked to the exit, longing for a cappuccino, but the kids had other ideas. Anemoon found a Nemo toy to cuddle, while Jasmijn wildly waved a pirate flag. This is what they wanted to buy with their vacation money! 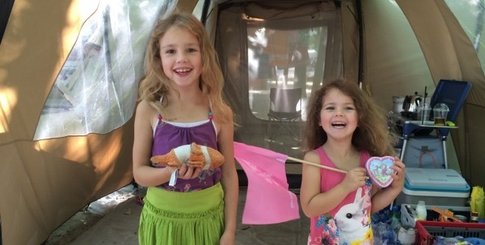 Tired and irritable, in need of a cup of coffee, I said to the kids: ‘You can spend your money on better stuff than this trash. It’ll just collect dust when we’re home again’. At that moment Anouk decided it was time to intervene. She said to me: ‘We had an agreement that the kids could decide themselves how to spend the money, and now that they want to buy something, you want to stop it? No way’. I couldn’t argue with that, so although I knew I was right, I had to give in. A moment later, two very happy kids left Sea Life with their new treasures, holding them tight.

Well, for the rest of our holiday, the pirate flag fluttered continuously from the top of our tent. And wherever we went, Nemo accompanied us. The kids had not wasted their money – they’d spent it on things they really wanted. I had to admit that I was wrong.

Autonomy is a motivating force

Perhaps you recognise this type of behaviour in your organisation. Or perhaps, from time to time, in yourself …

A while ago I heard a beautiful story about a manager in a healthcare organisation. She complained that her staff members were constantly interrupting her work. These interruptions almost always came in the form of basic operational questions: ‘Can we buy a new pan? The old one is broken’, or ‘We need a new magnetron’, and so on. It was driving her crazy.

The manager decided to give each of her teams a budget of 500 euros and told them they could decide for themselves how to spend the money. The effect was amazing. For the teams, it became a sport to spend as little as possible. They gave each other tips about special offers and bargains, and they consulted with their peers about what was needed.

And as for the manager, she suddenly found that she had much more time for more important matters.

Ronald is a leader in the field of organisational change. He is based in the Netherlands and uses stories to help leaders cut through all the noise that happens in any change initiative. Find out about upcoming Netherlands Storytelling for Leaders workshops here.