The stories we tell ourselves

Ever heard the saying ‘can’t see the wood for the trees’? In my role as a coach, this is often the situation I find confronts most of my clients. 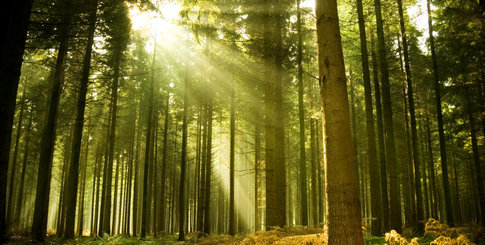 Only last week I met with Mary (not her real name) for our first session together. As I sat down in her office, before I could even remove my pen from my bag, she just dived right in, saying, ‘I have so much to explain …’ Mary went on to tell me in an almost panicked state about how she was struggling to work efficiently with her business partner after realising they did not share the same values.

What she told me sounded well rehearsed. I don’t mean she’d practised a ‘speech’ for our meeting, rather that she’d created this story for herself to help her understand her own emotions, to make sense of the situation. More than likely, it was a story that had been playing over and over again in her head for many months now.

Stories we tell ourselves

Mary is not by any means unique in this regard. We all live in stories. It’s a way of making sense of the world around us. And if there is no story to explain something, we will create one. Unfortunately, these can often be negative takes on what’s really happening, and immersing ourselves in such stories can do more harm than good.

So it’s an important part of my job to help people distance themselves from their own stories and see their situations much more clearly. This enables them to break that cycle of the negative story and empowers them to create more powerful stories for themselves – to look past the trees to the wood.

It’s not just individuals who can become too reliant on their own stories. This is all too common in business as well.

A good friend of mine, Steve, is the CEO of Trinity, a dedicated charity for the homeless that not only helps people find housing but also offers coaching support to get them back into work, to make them more confident and independent. Over the years, Trinity has supported hundreds of people. Yet no-one really knows about them.

Steve and I both came to the conclusion that this was because the public had created their own negative stories in which homeless people featured as lazy, waste-of-space nobodies. It was time for the homeless to start telling their own stories. So I started working with Steve and his team to collect stories that they could potentially use on social media to generate more engagement with the public.

The environment Steve and his team work in is another world compared with mine, full of tragic circumstances such as overdoses and suicides. But it is also full of moments that make the spine tingle with gratitude for life, moments in which people grow and become free of addiction, when they walk a bit taller after gaining self-belief and trust in the world around them. I was confident that a group chat would prompt Trinity’s employees to reveal many incredible, inspiring stories.

As we sat around in a circle one morning, sipping our lattes, I had my pen poised to furiously write down all the responses to my opening question: ‘So, would anyone like to share an experience they have had recently when they felt they made a difference?’ But there was only silence. Everyone just looked at each other, without a word being spoken.

Feeling somewhat thrown, I turned to Annette, who works as a support coach, and asked her to try to think of a specific experience from the past week. Very politely, even apologetically, she replied, ‘To be honest, most of my work is very mundane. For example, last week I had a resident call me in excruciating pain because he had a toothache, so I found him an emergency dentist. See? Very mundane!’

What Annette did not make clear was that this phone call took place in the middle of the night! Then Steve explained that toothache is a common problem for people who come off drugs: after a few months drug-free, a person’s body starts to lose adrenalin and this causes great problems in the gums. Without Annette’s support, that poor resident would not have been able to immediately get help for his pain. In my eyes, this was not mundane. This was action that was changing lives!

As we continued to share ‘mundane’ life-changing stories, Steve soon realised that he too was learning a lot about what his employees had to deal with. One of his housing support officers, Debbie, told of how she’d recently handed over the keys to a flat to a man who had been homeless for several years. As she’d done so, the man had broken down in tears. Although she was pleased to be able to do this for the man, Debbie felt almost embarrassed as he stood in the office, crying. And this wasn’t a one-off scenario.

Steve’s reaction was: ‘If this happens all the time, what are we doing wrong that we have not created an atmosphere where both parties feel comfortable in this situation?’ The conversation then explored options for how the people at Trinity could address this. A session that was supposed to be around stories for social media soon became about stories that could improve the work that Steve’s charity does and the support it offers.

When the session with the Trinity people began, they stayed silent, telling themselves that what they did was just mundane, even though what they do is very important. Why? Because when you are in the thick of the forest, you often can’t see the wood for the trees!

What are you seeing or, just as importantly, not seeing in your company? What stories are your clients telling themselves?

Oh, just so you know, I also had the privilege of listening to stories from the residents at Trinity, and I found no evidence of anyone being lazy or a waste-of-space… nobody! 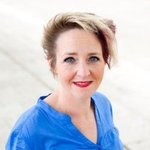 Hannah is an international coach and trainer specialising in presentations and creativity. Using the power of storytelling she works with leaders and organisations bringing their ideas to life, achieving clarity and engaging communication.