Annotations and their role in building context 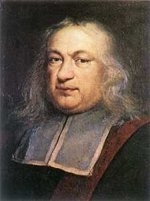 Denham Grey’s post on just how useful annotations can be in providing context reminds me of two famous annotators, Pierre de Fermat and J Edgar Hoover.

Fermat was a genius mathematician born in 1601. Apart from being a judge he delighted in his hobby of solving the most difficult mathematical problems. While studying Diophantus’ Arithmetica (published in 1621) Fermat made an annotation which would spark creativity, competition, angst and reward for the following 400 years. I bet it also irritated the hell out of the mathematical community. He made the following marginal note in response to a well known mathematical conundrum related to Pythagoras’ theorem:[1]

I have a truly marvellous demonstration of this proposition which this margin is too narrow to contain.

He never published his demonstration and created a 400 year search for a proof. While Fermat’s annotation initially clouded the waters of understanding he simultaneously sparked a new discourse among mathematicians and through these conversations new meaning emerged. In the process a raft of techniques were created.

J. Edgar Hoover was FBI Director for almost 50 years from 1924 to 1972. During Hoover’s tenure he compiled a mass of files on his associates, politicians and other powerful people. Many of these files contained Hoover’s annotations but the wily director preferred the make his marks in pencil just in case he needed to erase his instructions at some later date.[2]

Should our annotations be permanent? Perhaps they could fade over time or when written we can decide which type of ‘pen’ we will use. The choice of writing implement provides an additional layer of context and meaning. Using pen and paper the meaning is contained in more than simply the words. Will we lose this information in a digital equivalent?

One final thought. Perhaps in the digital age our annotations could be created as discussions, for example, using instant messaging. The completed discussion could be stored with the object being discussed linked to the specific part of the object under discussion.

One Response to “Annotations and their role in building context”